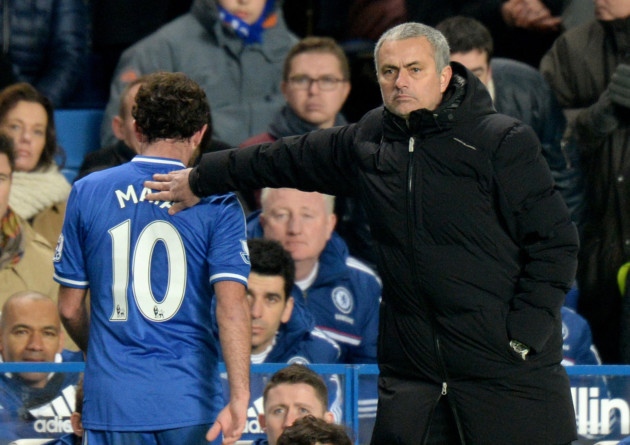 The Spanish international was not afraid to say that the former Real Madrid coach is not “incredible” or that great of a manager.

The ‘Blues’ boss self-proclaimed himself “the best manager that [Chelsea] has ever had” during a press conference last weekend.

In an interview to Spanish radio station Onda Cero, the former Chelsea midfielder was asked if he thought the Portuguese coach was “the most incredible character in football.” The Red Devils star answered with a firm: “No!”

“There are many big characters in football, maybe they are not that famous but there are a lot,” he said.

He went on to add, “But he is good for you [the media], isn’t he? Journalists say that he gives them a lot of work, at least in England,” implying that Mourinho is a man who makes headlines.

Mata’s lack of appreciation for the ‘Blues’ boss dates back to when they both worked together in 2013-2014. The former Chelsea star had won “player of the season” twice before ‘The Special One’s comeback to Stamford Bridge.

The 27-year-old was a major player in first-team with the Blues. But all changed when Mourinho took over as boss. The Portuguese coach demoted Mata to the bench, which was a major reason that contributed to the player’s transfer to Manchester United.