New York - Anthony Martial was chosen August and September’s Best Player of the Premier League by his fans, according to a survey conducted by Sky Sports. 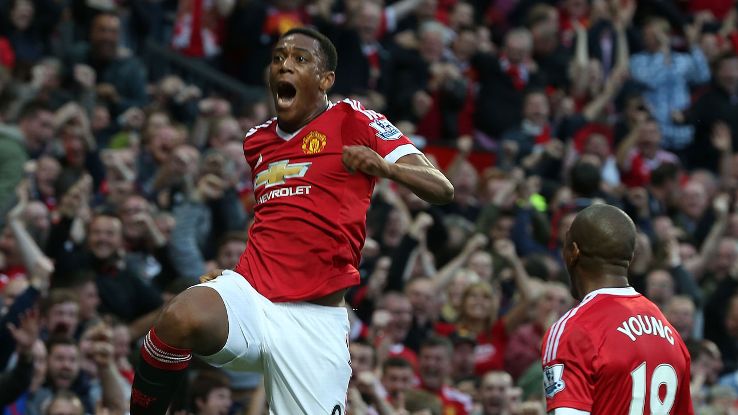 New York – Anthony Martial was chosen August and September’s Best Player of the Premier League by his fans, according to a survey conducted by Sky Sports.

He has become a fan favorite and the media cannot get enough of him. Every move he makes, every match, every detail of his career makes a headline.

The French striker’s superb performances on the pitch have silenced the bashings and criticism surrounding the player’s 80 million euro transfer from AS Monaco to Manchester United.

The 19-year-old was pressured to perform at his best and prove his critics wrong. It did not take him much to succeed and show his worth. Manchester United’s No. 9 man scored four goals in his first four matches and provided two assists to his teammates.

The 19-year-old came to Old Trafford this season and he scored in his debut match against Liverpool.

Martial has earned the trust of manager Louis Van Gaal who put him permanently on first-team as Man United’s No. 9 man.

Martial did not need to defend himself or say much to prove his worth. He has done so with his superb talent paired with a professional and humble personality.

The former Monaco star has played in 7 matches this season, scoring 4 goals in his first 4 and providing key assist to his teammates in other games.

The most expensive teenage player in football history has managed to win the hearts of fans who have now named him Premier League’s best players for the past two months.