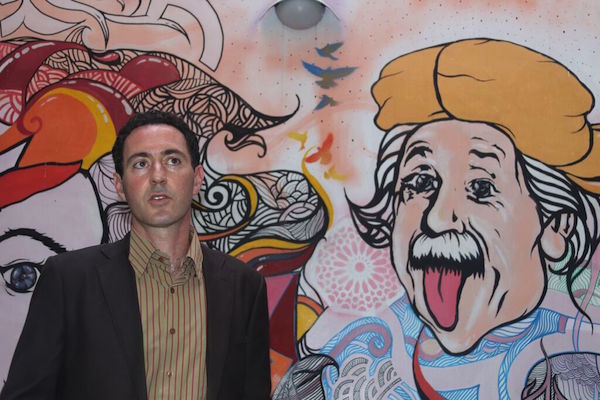 Balafrej is a 42 year old engineer, and is considered a rising young political face. He joined the PSU (Unified Social Party) before the last Moroccan elections, and won second place in the province (Agdal-Riyad in Rabat).

MWN: What’s your idea about change in Morocco?

But, NGOs are a good way to make change in society and cultivate it. Change doesn’t need big financing, but smart ideas. Let’s take Scandinavian countries as an example; they had similar problems and situations 50 years ago. But their situations have changed and they have rebuilt institutions and society’s awareness. The conclusion is what Abderrahim bouabid said: ‘’To achieve democracy we need to practice it

MWN: One of the main goals of ‘Clarity, Ambition, Courage’ was unifying the Moroccan left. Did it achieve its goal?

If the Moroccan left is unified they will be the biggest political party in morocco and also the strongest one. And the movement has made some good steps toward this goal.

MWN: But is there any hope when it comes to Moroccan radical social parties as (Annahj Democratie: The Democratic way)?

I’m positive about the unification, and ‘annahj democratie’ has some parts that can unify.

MWN: What is the problem with the project of the high-speed train (TGV)?

It’s a stupid decision, made despite people’s opinions. The movement that we started (STOP-TGV) was an attempt to change. STOP-TGV was also a chance to work with other left parties and organizations, and a chance to find common ground for a future unification. But I think that one of the main ideas of Stop-TGV is that we need to rethink our projects, and listen to varied ideas, and rethink our taxes.

MWN: Why didn’t you work with PJD (Moroccan conservatives, and leading political party of majority) in agdal-ryad?

It would’ve been good on newspapers, but bad for democracy. We have major differences on economics, democracy, social change, and individual rights.

MWN: But these differences do not prevent from collaborating with them if there’s a will to change?

Their idea about political collaboration is not to change situations, but just a sort of showing up that they could work with different parties from different ideologies. Despite being conservatives, the PJD has the same ideas of PAM (opposition party, known of its relations with the Moroccan monarchy) when it comes to economics and education.?As well as with their social vision, that considers people immature, preventing people from deciding for themselves. I hope they will be involved in the future.