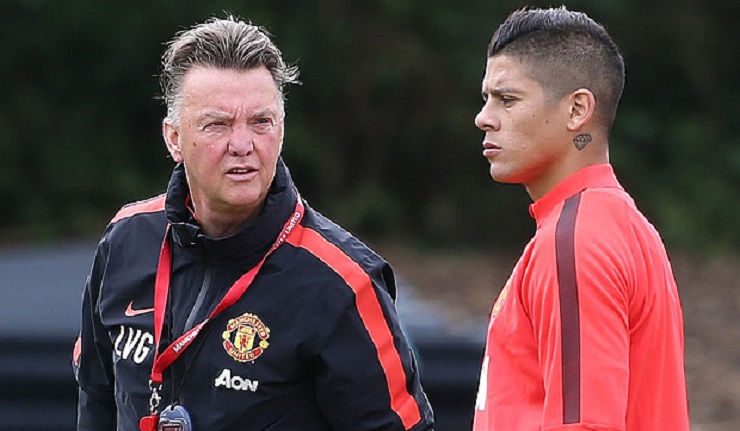 According to The Manchester Evening News, Red Devils’ manager Louis Van Gaal is not satisfied with defender Rojo’s performance and is planning to sell him during the next winter transfer season in January.

The 25-year-old’s replacement, reported the same source, will be Dutch international Bruno Martins Indi who plays with Porto and the Netherlands national team as a defender.

Martins Indi has played under Van Gaal for the Dutch team and the coach has allegedly grown fond of the 23-year-old and wants to purchase him.

Man United scouts were reportedly seen at the game where Porto defeated Chelsea earlier this month and observed the Dutch player as a choice for the Red Devils defense.

Following a weak start to the season, the British club has regained strength with solid standings at the Premier League and Champions League.

Man United’s boss has said in previous statements that he wants to win both competitions. Yet, he has admitted the team’s weakened defense needs to play more aggressively.

According to the same source, more changes are set to come at Old Trafford as Van Gaal wants to better his squad for a win.

Marcos Rojo has been with United since August 2014 under a five-year contract of €20 million. However the Argentine player had several passport issues and missed this year’s US pre-season tour which ‘angered’ Van Gaal.

The Dutchman has reportedly tried to offer Rojo to AS Monaco in the last transfer season, but an intervention from the player’s manager stopped the offer, according to the Daily Star.