Stockholm - Hundreds of Moroccans from different Scandinavian countries staged, Saturday in Stockholm, a march to underline that "Morocco's territorial integrity is a red line that cannot be crossed." 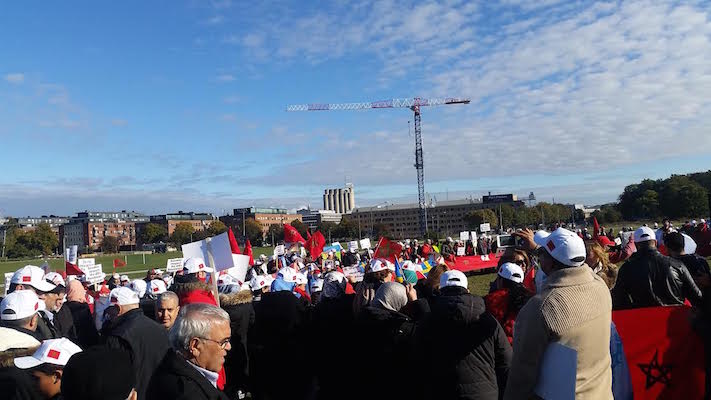 Stockholm – Hundreds of Moroccans from different Scandinavian countries staged, Saturday in Stockholm, a march to underline that “Morocco’s territorial integrity is a red line that cannot be crossed.”

Called by NGOs in Sweden, Norway, Denmark, Finland and Iceland, the event, held successively in a large park in the Swedish capital, then in a square in front of the iconic Royal Theatre, aimed to draw the attention of the public opinion of the Scandinavian country on the seriousness of the hostile stance of their government on relations with Morocco and beyond, on peace and stability in the Maghreb.

Brandishing portraits of King Mohammed VI and Moroccan flags, the demonstrators, representatives of NGOs, political and union stakeholders and ordinary citizens, chanted slogans condemning any attack against the territorial integrity of Morocco and recalling their mobilization to highlight the historical legitimacy of Morocco over its southern provinces.

The march has been organized following a diplomatic row between Morocco and Sweden following news reports that the leftist Swedish government intends to recognize the self-proclaimed Saharawi Arab Democratic Republic (SADR).

The alleged move caused an outrage in Morocco, and promoted the Moroccan government to express its denunciation of the Swedish move. 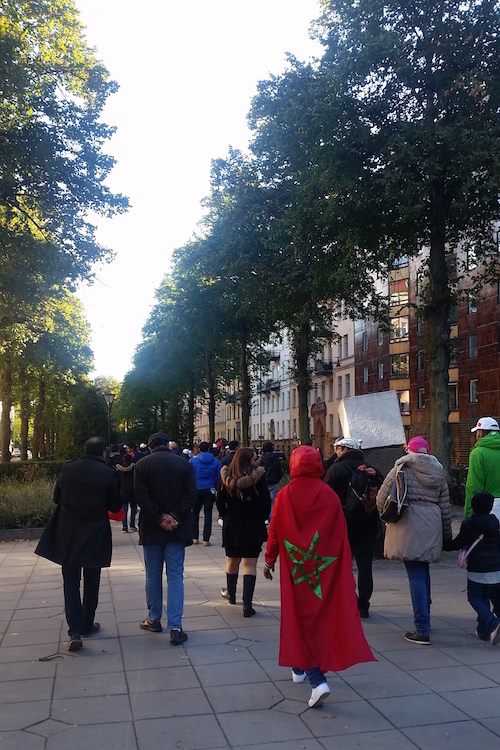 Last week, the Moroccan government said that it intended to boycott Swedish companies and products.

Following Rabat’s reaction to the Swedish alleged project to recognize the SADR, Stockholm issued a number of statements in which it stressed that such recognition was not being considered by the Swedish government.