New York - According to a study by the French Institute Montaigne, to increase an applicant’s chances of getting hired in France, their name must sound anything but Muslim. 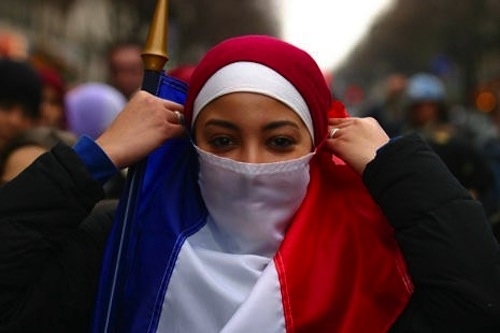 By
Karla Dieseldorff
-
Karla is an award-winning actress and producer.
Oct 10, 2015
Spread the love

New York – According to a study by the French Institute Montaigne, to increase an applicant’s chances of getting hired in France, their name must sound anything but Muslim.

In France, an applicant perceived to be Muslim is two times less likely (10.4 percent) to get selected for a job interview than a Catholic (20.8 percent).

If the candidate is a Muslim male, his chances to get interviewed are four times less likely at 4.7 percent compared to 17.9 percent.

Institute Montaigne researcher, Marie-Anne Valfort, compiled the results of 6,231 fictitious job applications submitted between September 2013 and September 2014. A lecturer at Sorbonne University in Paris created identical fictitious profiles, except for their first name, religion, and affiliations.

The study used specific sets of names to give away a person’s religion – Michel and Nathalie for Catholics, Dov and Esther for Jews, and Samira and Mohammed for Muslims.

According to the study, Muslims “are far more discriminated” against in France “than are African-Americans compared to Caucasians in the United States.”

In a statement to AFP, Marie-Anne Valfort said that the reason of such discrimination is that Islam suffers from a “degraded image in France.”

“Surveys show that the French spontaneously associate Islam with religious extremism and oppression of women,” she said.

“These two stereotypes fuel a strong discrimination, particularly against Muslim men. The recruiter perceives them as a high-risk of transgressive religious practice in the workplace and associates them with a risk of insubordination,” she explained.

However, if the profile classified the candidate as a non-practicing Muslim, the chances to get hired doubled.

Conversely, if the Catholic applicant was regarded as non-practicing, the chances to get hired decreased in half. “It is likely that the attachment of men to Catholicism is perceived by recruiters as a precious token of discipline [in France],” the study suggested.

In men, even when the candidate’s profile was “exceptional” in regards to skills, degree and experience, “discrimination against Jewish and Muslim male candidates intensified.”

“Exceptional” Catholics were five times more likely to be interviewed than “exceptional” Muslims.

But if the woman was “exceptional”, the study revealed “a disappearance of discrimination against Muslim candidates…”

In France, an employer found guilty of discrimination faces up to three years in jail and a €45,000 fine.