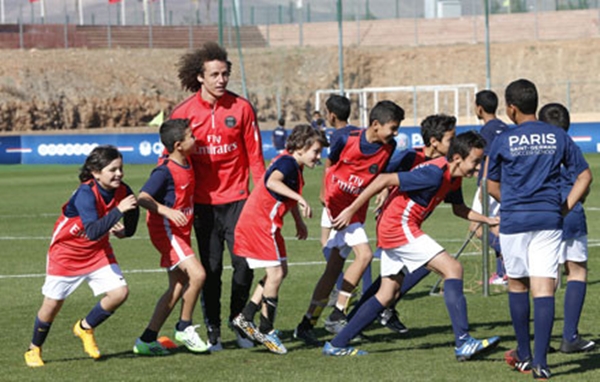 Rabat – The Paris Saint-Germain football club will open its PSG Academy in Morocco on October 14.

According to Medias24, the French club has partnered with Morocco’s luxury real estate company, Prestigia, to launch the Paris Saint-Germain academies in the country.

The highly-acclaimed PSG Academy will first open its doors in the Kingdgom’s capital, Rabat on October 14 at Plage des Nations.

Morocco’s first PSG Academy will be followed by a second one in Ryad Andalouss, scheduled to open on October 21.

According to the same source, the launch of two more academies in Morocco are planned for the 2016-2017 school year.
The third and fourth will open in Bouskoura Golf City in Casablanca and Argan Golf Resort in Marrakech.

Founded in 1974, the PSG Academy founded is the youth system of the famous French football club. Its headquarters are located at Camp des Loges in Saint-Germain-en-Laye, near Paris.

The objective of the PSG and its partners is to produce top-level football players while offering them a full academic education.

The academy accepts boys and girls between 5-16 years old for an annual subscription of MAD 9,000, which includes insurance and three training sessions per week, according to the same report.