Rabat - Throughout the history of language teaching and learning, the teaching of academic writing has been the subject of focus for many teachers and applied linguists. 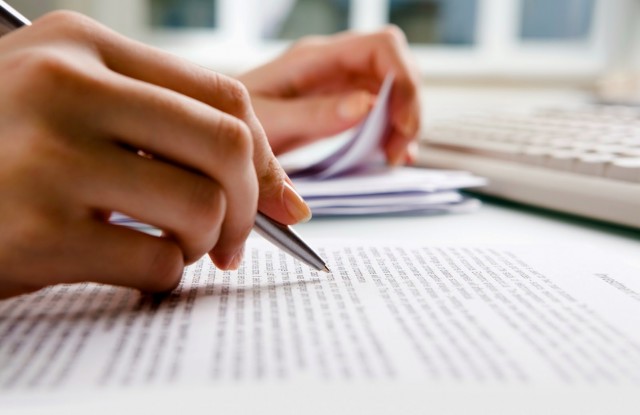 Rabat – Throughout the history of language teaching and learning, the teaching of academic writing has been the subject of focus for many teachers and applied linguists.

The Notion of (Academic) Writing:

According to Bussmann (1996: 1294), writing is “[the] means of recording spoken language through a conventionalized system of graphic signs”. This broad definition puts emphasis on the conventions of writing and defines it as a process that emerges from speaking. However, many scholars (Richards (1990: 101; Raimes (1983); Mary M. (1998); Broughton et. al. (1980) among others) have contested this narrow view of writing, arguing that it is a sophisticated act,  and is differentiated it from spoken language.

Writing is seen as a more elevated expression of language which abides by a certain number of rules and conventions. Furthermore, writing is a process of discovering meaning, “a process of exploring one’s thoughts and learning from the act of writing itself what these thoughts are” Zamel (1982: 195). From this perspective, writing is seen as a social practice. This extends to academic writing. Instead of mere written works and assignments to be submitted to the professor, academic writing can be understood as a “social practice” (Coffin et al (2003)):

– First, academic writing is built on relationships around teaching and learning and these relationships influence the success of writing at the academic level.

– Second, the conventions and norms that govern academic writing are social because they have developed within academic communities.

Thus, this view of academic writing goes beyond the student-teacher-classroom model to see academic writing as a kind of social discourse that is produced by social communities in an academic setting.

The teaching of academic writing at the university level is a serious endeavor. Unlike the teaching of writing in primary or secondary schools, at university level there is a focus on aspects of content knowledge of their subject area along with teaching students to express themselves in the foreign language. Various approaches to the teaching of academic writing have been introduced, of which the most significant are the intellectual/rhetorical approach and the social/genre approach.

The intellectual/rhetorical approach assumes a common intellectual framework for academic discourse as a whole. In other words, the modes of classical rhetoric such as “exposition/description”, rather than content knowledge, are taken as the primary objectives in the course syllabus. These modes are generally studied separately and following a certain order:

– Exposition: Examples, Process, Cause and Effect, Comparison and Contrast, Definition, and Division and Classification

The social/genre approach, on the other hand, does not define a common intellectual framework for academic texts, but makes use of various academic contexts. According to Tribble (1996), this approach adopts the concept of discourse communities with “common goals”. These common goals may include:

–  The reporting of new knowledge.

–  The examination of students.

In this approach, an account of how the discourse community functions is presented by the teacher. Learners go through a process of discovering relationships between texts, readers and writers. In this step, the text will be the primary data for the learners and will be studied, analyzed, criticized and probably challenged by the learners.

In contrast with the modes of rhetoric adopted in the intellectual/rhetorical approach, this approach focuses on three aspects to exploit context and language system knowledge, namely: structure and organization, argumentation and style.

Practical Activities used in the Teaching of Academic Writing:

There are various activities for the teaching of academic writing. Among the introductory activities that might be used by teachers is one that focuses on the purposes of writing. Following Coffin et. al. (2003), the activity goes as follows:

First, students are asked to brainstorm individually all the types of writing they have been exposed to.

–  Second, in small groups, students are asked to classify these types of writing into categories.

–  Then, in a classroom discussion, the teacher tries to narrow the focus to academic writing activities such as notes on readings, essay drafts and laboratory reports.

–  Afterwards, the teacher asks students about the specific rhetorical purposes of these modes of writing, the intended audience, the language register used …etc.

In this activity, through the discussion of the different purposes of academic writing, the learner becomes more aware of which aspects s/he should focus on and which aspects should be given less prominence.

As far as personal voice is concerned, teachers can use of several activities to make students aware of its use in academic writing. Coffin at. al. (op.cit.) presents the following techniques:

Using a disciplinary (specialized) text, students are asked to look specifically at the ways in which writing is depersonalized. The teachers may refer to different techniques such as:

–  The use of the passive voice (The participants were given a questionnaire…).

–  The placing of processes instead of active participants at the beginning of the sentence (Observation of the rats over a three month period allowed…).

The teacher then discusses with the students the function of each technique and how it influences the entire meaning of an academic text.

Another technique advocated by Broughton et. al. (1980) makes use of a variety of sources to stimulate students to write. For instance, students are given a reading passage for a limited amount of time. Then, the passage is taken away and the teacher prepares a set of questions about it. These questions/prompts are asked one by one and students are required to respond in written statements. Through their responses, students will be able to use analytical techniques in order to reflect on the text and its content.