Rabat - The 21-year-old van driver who killed a policeman on duty after running him down last July in Tangier, has been sentenced to life in prison. 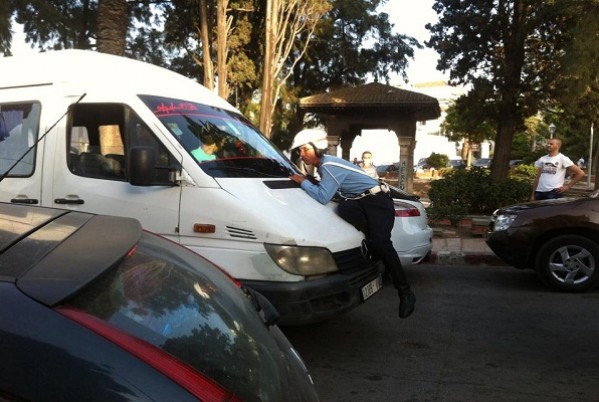 Rabat – The 21-year-old van driver who killed a policeman on duty after running him down last July in Tangier, has been sentenced to life in prison.

The sentence was handed down on Tuesday by the criminal department of  Tangier’s court of appeal. The court found the suspect guilty of voluntary manslaughter, fleeing a police officer, driving illegal taxicabs and endangering the lives of citizens.

According to Maghreb Press Agency (MAP), the suspect was also fined MAD 70,000 for the damage he caused to the victim’s family.

The 21-year-old was apprehended in July, after killing a member of the police motorcycle unit by running him down . A video of the tragic moment went viral on social media, sparking outrage among Moroccans.

The policeman signaled the van to stop for a traffic law infringement. But instead of stopping it, the driver ran the policeman down while trying to flee the spot.

The policeman was forced to jump on the hood of the van after the driver attempted to run him down. The convict dragged him up to 200 meters before speeding away from the scene.