Taroudant - Morocco's Minister of Small and Medium Enterprises Mamoune Bouhdoud encouraged US investors to invest in Morocco at a conference organized by the Moroccan Embassy in Washington DC.

By
Larbi Arbaoui
-
Larbi is a freelance writer and assistant editor at Morocco World News.
Oct 16, 2015
Spread the love

Taroudant – Morocco’s Minister of Small and Medium Enterprises Mamoune Bouhdoud encouraged US investors to invest in Morocco at a conference organized by the Moroccan Embassy in Washington DC.

During the second annual US-Morocco Trade and Investment Forum at Coca-Cola headquarters in Atlanta on Tuesday, Minister Bouhdoud highlighted the success of the US-Morocco Free Trade Agreement that went into effect in 2006, as well as the US-Morocco Strategic Dialogue launched in 2012. 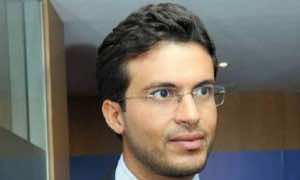 “Our Kingdom has been developing its economy and its infrastructures and it is now ready to become a gate for investors who believe in the African potential,” said the Minister in keynote remarks.

He added that “six out of the ten fastest-growing economies are in Africa, and that the continent’s average annual growth rate has remained steadily above 5% for years.”

Bouhdoud revealed that by 2050 “the African economy is to be multiplied by ten,” noting that “Morocco is betting on industrialization,” and “has been taking numerous structural measures and putting in place various sectorial strategies to improve its business environment.”

The minister highlighted the success of Morocco as investment destination particularly in the automobile industry.

“Morocco’s strategy is paying off,” the minister said, adding that “In the automotive industry for instance, in 2014, for the first time of its history, Morocco has been exporting more automobiles than its prime natural resource, phosphate; and we are receiving a number of foreign investors’ projects never seen before.” 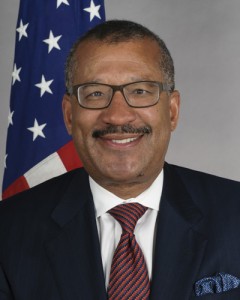 On the American side, Dwight L. Bush, US Ambassador to the Kingdom of Morocco, said the US-Morocco relationship, “this is a really important occasion because one of the hallmarks of our bilateral relationship with Morocco is investment,” adding that “the Moroccans have been exemplary partners with us as we pursue these investment opportunities.”

The former US Ambassador to Morocco, Edward M. Gabriel, said that “in every session, I heard first-hand accounts from business leaders confirming what we’ve long known: Morocco’s reforms and economic openness are a strong draw for businesses, making it the perfect gateway to Africa, Europe and the Middle East.”

More than 100 business leaders and government representatives from the US and Morocco convened at Coca-Cola headquarters in Atlanta on Tuesday for the second annual US-Morocco Trade and Investment Forum.