Rabat - Marrakech is the second most popular All Saints' Day (La Toussaint) destination for French holidaymakers, followed by Dubai, Paris and Barcelona. 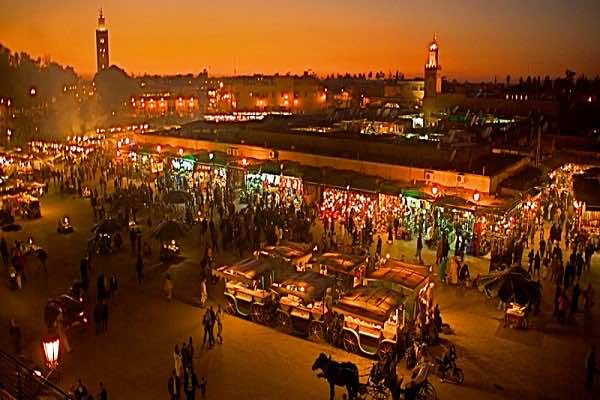 Rabat – Marrakech is the second most popular All Saints’ Day (La Toussaint) destination for French holidaymakers, followed by Dubai, Paris and Barcelona.

Most French tourists are heading to Marrakech in order to spend the holiday, which starts this week-end in France.

Figures released by the hotel search website Trivago.fr this Friday show that Marrakech is the second most searched thanksgiving travel destination by French travelers. The red city follows New York which topped the list.

“Marrakech is irreplaceable in the hearts of French tourists,” pointed out the hotel search website.

Morocco’s Agadir also made it to the top ten, as Trivago ranks it the 10th most searched All Saints’ Day destination for French tourists.

Although the number of French tourists’ arrivals in Morocco dropped sharply in 2014, the North African country has apparently started recovering its unique place in the hearts of French tourists, as their favorite travel destination this year.

A similar report based on data assembled by Google France, which was issued last August by French magazine Lecho Touristique, ranked Morocco as the 8thmost trending travel destinations in France for the summer of 2015.

Lecho Touristique said Morocco showed substantial growth this year in terms of searches, as well as flights and hotels booked online, compared to other countries.

The French magazine attributes this growth to the terrorist attacks that hit Tunisia, which was used to be one of the favorite destinations for French travelers.