New York - José Mourinho was satisfied after Chelsea’s win 2-0 against Aston Villa at Stamford Bridge on Saturday morning. With this performance, the Portuguese reaches 200 victories as Chelsea’s coach.The “Blues” boss spoke to the press following his team’s victory, which he attributed to the confidence his men showed throughout the match. 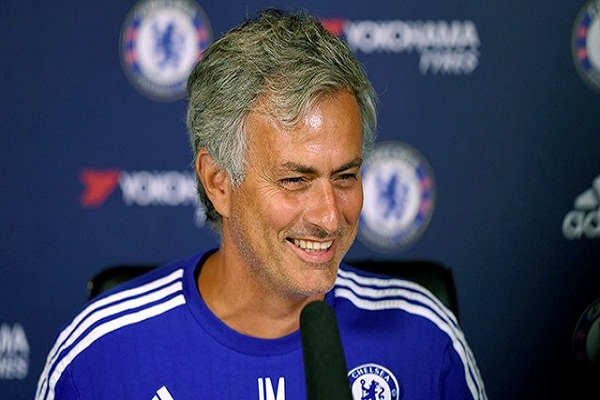 New York – José Mourinho was satisfied after Chelsea’s win 2-0 against Aston Villa at Stamford Bridge on Saturday morning. With this performance, the Portuguese reaches 200 victories as Chelsea’s coach.

The “Blues” boss spoke to the press following his team’s victory, which he attributed to the confidence his men showed throughout the match.

Mourinho said: “[It was] a performance to compensate the lack of confidence and self-esteem”, the team has been suffering over their 4 losses in this season’s Premier League.

“The performance was very solid,” he added. ‘The Special One’ believes that “confidence comes with results [and] results bring all the other good qualities” that Chelsea demonstrated at the game.

The former Real Madrid coach had words of support for his players saying that they worked compact and together to win.

“They are together…they showed that they were ready to fight for a crucial game”, he said.

“I just want to say that we won and we deserved [it],” he added.

Mourinho was officially sanctioned to pay a €67,500 fine and a one-match ban by the British Football Association on Wednesday for ‘bad conduct’ after he lashed out at the referees accusing them of being “afraid to signal for Chelsea” last September.

Following Saturday’s win at Stamford Bridge, the Portuguese boss had words of praise for the referee and said “he was very good”.

Chelsea will have the opportunity to garner another victories next Tuesday when they confront Dynamo Kyiv for the Champions League, and next Saturday against West Ham United for the Premier League.