Kenitra - The Moroccan state has shown its intentions for serious, inclusive education reform since the closing years of the 1990s. In 2002, the Ministry of Education launched the National Charter of Education and Training, which drew a detailed picture of the reformist process, which after many years has proven inefficient and to no avail.

Kenitra – The Moroccan state has shown its intentions for serious, inclusive education reform since the closing years of the 1990s. In 2002, the Ministry of Education launched the National Charter of Education and Training, which drew a detailed picture of the reformist process, which after many years has proven inefficient and to no avail.

The failure of education system was announced by national and international agencies, which confirmed the lethargy of Moroccan educational system and its continued deterioration. In a meeting with the Financial Committee of Parliament last week, Abdellatif Al Jawahiri, the Wali of Bank Al Maghrib, expressed his discontent with the pointless ongoing political hustle for purely personal self-serving reasons.

Assabah reported on Friday, October 16 that Al Jawahiri scorned MPs in a meeting to discuss the financial affairs of the state, and emotionally despised the fact that everyone is obsessed with development with indifference to the issue of education. 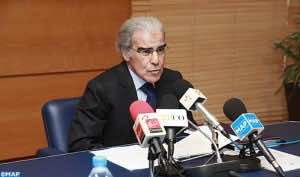 Al Jawahiri added that no development will occur unless the education system is reformed. According to him, the status quo proves that education is burdensome on the state and constitutes an obstacle to growth since it produces only unemployed generations of youth.

The stable, or perhaps increasing, rate of unemployment seems to illogically mismatch the increase of investment in Morocco. This is a fact that the prominent Wali seems unable to figure out.

He announced to the present MPs that he fears nobody, and that the national challenges are far more serious than the trivialities of current political discourse and mutual hollow allegations between parties and inimical politicians.

He informed the attendees that he had expressed his anxiety towards the educational situation to His Majesty the King in a previous meeting and told him, “Education, Sir, is not heading to the development you have aspired.” Al Jawahri affirmed that he will continue vehemently defending the higher and common interests of the kingdom no matter what troubles it would bring to his person.

It is worth noting that education has been the among the critical leading issues of interest to public opinion for the last two decades, and successive measures to reform have come to a halt, demonstrating the impracticality of reformist philosophies, corruption in the system, insufficient material and human resources, inconsistent and short-sighted plans, changing officials, and more.