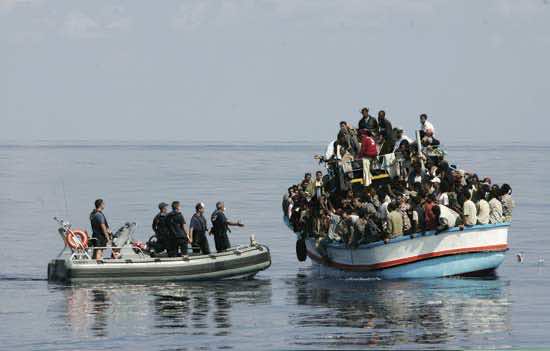 Rabat – Migration and asylum are among the most widely debated issues in the European Union today. Countries south and east of the Mediterranean Sea have recently seen an unprecedented level of European-bound migration, especially after the 2011 Arab Spring revolutions and the ensuing instability in the entire region, forcing many people to flee and risk their lives in search for a better life. Unfortunately, most of these migrants do not have the right combination of skills and competencies conducive to easy and full integration. Nor do they possess the cultural attributes that would qualify them to succeed in their migration.

This situation, combined with entrenched European economic difficulties and the intransigence of successive governments, has led several EU member states to reassess their migration and asylum policies in light of the looming “danger” coming from the South and East. Furthermore, it has prompted many citizens of the EU to voice their anger, both publicly and through EU parliamentary elections, at the current EU migration and asylum policy. Without discounting the importance of these legitimate concerns, I believe that the EU has a moral and historical obligation to assist all Mediterranean countries in their transition to democracy and the rule of law through a balanced and humane migration and asylum policy. Accordingly, a set of actionable economic and political plans need to be put in place with the goal of placing these countries on an upward path of social and economic development.

To a certain extent, the EU has a legitimate right to protect its borders through different means, as the Lisbon Treaty stipulates that any infringement of an EU member state’s territorial sovereignty is an affront to all EU member states (Griffiths, 2011). Indeed, migration and asylum regulation over the last few decades have allowed the EU to protect its extraordinary project, preserve its community of values, and sustain its economic supremacy. In the EU’s Global Approach to Migration and Mobility, Anna Triandafyllidou makes it clear that both carrots and sticks need to be mainstreamed in the EU migration and asylum policy in order to come to terms with widespread migration and security breaches. In other words, while legal migration should be encouraged, statutory safeguards must be established in order to restrict illegal migration and human trafficking (Triandafyllidou, 2012).

More importantly, Normative Power Europe stands as the best example of how the EU endeavors to project a refined form of soft power and political rationality in as much as it seeks to galvanize international public opinion to support its core cultural and political ideals (Manners, 2001). This normative framework should thus be a constitutive element of the EU’s migration and asylum policy as it provides an alternative and more humane perspective on international relations, including foreign and security policy. However, European political leaders would be mistaken to believe that creating a “fortress Europe” would prevent South-to-North and East-to-West mobility, whatever its form, or stop Mediterranean citizens from dreaming about the very ideals and values Europeans so dearly cherish and still aspire to.

In fact, at the sub-regional level, the EU has increasingly prioritized migration and security in its dialogue with the Maghreb. Previously, social concerns were largely absent from European migration policies, including from current trends toward more restrictive immigration regulations. Recent developments in EU-Moroccan dialogue on crosscutting issues, for example, herald the beginning of a re-invented and more inclusive political and security dialogue.

The recently signed Migration and Mobility Partnership Agreement between the EU and Morocco is an illustration of this new strategic partnership scheme, and a turning point in itself in EU-Moroccan relations. Interestingly enough, this agreement aims at “establishing a set of political objectives and providing for a series of initiatives, which are designed to ensure that the movement of persons is managed as effectively as possible” (EC, 2013). By structuring the EU-Moroccan migration and asylum policy relations, it becomes clear now that expectations on either side of the Mediterranean Sea need to be gauged in the sense that relations are slated to improve through a permanent dialogue. Furthermore, the security paradigm, which has until recently been predominant in EU-Morocco relations, should give way to a full-fledged and a more balanced relationship framework that reflects the strong historical ties between the two parties.

From a strictly utilitarian perspective, the EU needs a strategy to address war-driven and poverty-induced migration from the Mediterranean countries that anticipates migratory flows and potential security risks. As a strategically located Mediterranean bloc and an economic powerhouse in the Mediterranean, the Maghreb is endowed with huge economic potential, which is likely to be a great economic boon to the EU, especially in the context of the current European economic recovery. Indeed, from energy and tourism to agriculture and human resources, the Maghreb can effectively play an active role in the EU’s future economic recovery.

More importantly, the current crisis in Ukraine has made EU member states rather dubious of a continuing West-East focus, and has pushed them to envision a reassessment of their priorities towards a full rebalancing of their economic and political strategies. However, the prevalent crises in Libya and Syria, the instability in Algeria, Egypt, and Lebanon, and the political gridlock in the Israeli-Palestinian conflict have made even the most willing among the EU member states rather reluctant to invest more time, energy, and resources to translate this new policy into real political and economic ground.

The best example of the lack of commitment on the part of some EU member states is the fledgling Mediterranean Union, the faltering Europe-Africa bridge construction project, and the ongoing sourcing of more than a third of their energy needs from an expanding Russia. In another vein and from a political expediency standpoint, a more stable and risk-free Maghreb constitutes political stability and social cohesion for the EU as a risk-averse public opinion will not be tempted to radicalize and shrink from calling into a question the entire set of EU principles and values such as cooperation, solidarity, tolerance, and co-existence.

In the final analysis, the EU has a moral and historical development obligation towards the countries south and east of the Mediterranean, most of which share its core principles of democracy, human rights, and the rule of law. It is true that the Mediterranean Sea is a particularly sensitive area for the implementation of EU policy and regulation on migration and asylum, but EU member states have yet to view their migration and asylum policy more from a pragmatic rather than a traditional realist perspective away from any political wrangling. Eventually, the EU should have a complete understanding of the implications of its foreign and security policy across the Mediterranean Sea, and more particularly, in the Maghreb where the Arab Spring revolutions have re-shaped the whole political landscape and uncovered new social and political realities, and where citizens share practically the same level of aspirations and ideals, irrespective of ideology, religion, race, ethnicity, and political or sexual orientation.

Griffiths, Lorna. “A Critical Analysis of EU Member State Sovereignty under the Treaty of Lisbon: Sovereignty Vs Democracy”. (The Student Journal of Law: UK), 2011.