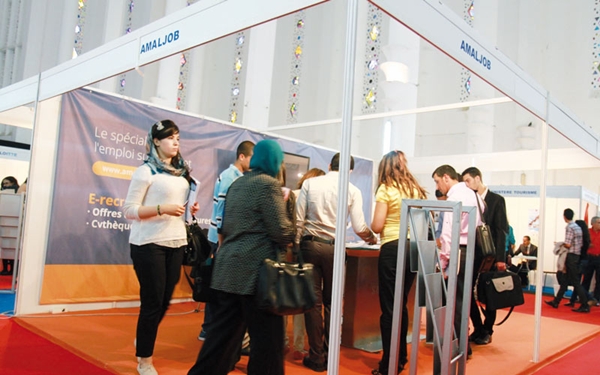 The newly released research revealed the top 20 preferred Moroccan enterprises for job seekers. It highlighted that Maroc Telecome had shifted from third to second place, while BMCE moved up by six points to the rank of number three.

According to the research, in regards to preferred job sectors that searchers would like to work in, the research cited that Building and Civil Engineering, and Banks and Telecoms are the most popular. The private sector, especially multinationals, are largely preferred to public ones, particularly by students holding diplomas from trade and engineering schools.

On the other hand, 74% of job seekers said that they are ready to get new training to find a job and easily integrate into the labor market.*

Of the advantages listed in the research that the interviewees expect from their employers are: 51 per cent expect continuous training with, 45 per cent expect supplementary pension, and 31 per cent health insurance.

The research on Employment for Young People 2015 “Emploi aux jeunes 2015” was conducted with 7,625 job seekers who met at the “caravane Emploi et Metiers” which was held between March and May 2015 by AMALJOB group. The interviewees came from six different regions including Agadir, Marrakesh, Fes, Tangier, Rabat and Casablanca.