Rabat - King Mohamed VI launched the construction of a new stadium in Tetouan with a budget of MAD 700 million.The stadium will meet the criteria of The Fédération Internationale de Football Association (FIFA) 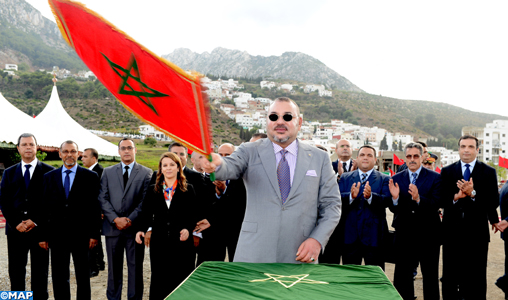 Rabat – King Mohamed VI launched the construction of a new stadium in Tetouan with a budget of MAD 700 million.

With a capacity of 40,410 sieges, of which 400 are destined for people with disabilities, the stadium will include places for players and referees, a press center and space for “FIFA- Administration”, a conference room, coffee shops, restaurants, shops, parking and green spaces.

The Moroccan monarch also launched the process of improvement and maintenance of the Oued Martil site. With an investment of MAD 880 million, the Oued Martil project seeks to protect Tetouan against flood risks and expand the city’s future residential space to be equipped with cultural, sport, business and trade infrastructure.

The project will allow for developing 1, 600 hectares, and will be able to help reduce the urban pressure in the city, particularly in the old medina and “ L’Ensanche” neighborhood.

The developed sites will be used for the construction of economic and commercial centers, a bus station, and sport centers and a few other cultural and touristic buildings.