Rabat - Tunisian Justice Minister, Salah Ben Aissa, has been sacked from his duties by Prime Minister Habib Essid on Tuesday. An official statement by Prime Minister Office said that Defencse Minister Farhat Horchani would assume the duties of the minister for the time being. 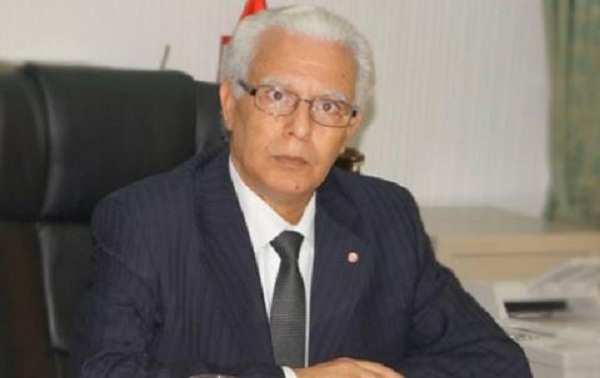 Rabat – Tunisian Justice Minister, Salah Ben Aissa, has been sacked from his duties by Prime Minister Habib Essid on Tuesday. An official statement by Prime Minister Office said that Defencse Minister Farhat Horchani would assume the duties of the minister for the time being.

While the Tunisian Prime Minister’s statement did not specify the reasons behind the decision, multiple Tunisian media outlets said Ben Aissa was dismissed over his recent controversial statement over homosexuality.

Late last month, Salah Ben Aissa found himself in hot water when he spoke of his desire to scrap Article 230 of the country’s penal code, which criminalizes homosexuality.

“My problem is Article 230… Nothing can justify infringement on private life.” The statement came following a communique in which Human Rights Watch called for freeing a student who was jailed for homosexuality.

Salah Ben Aissa‘s opinion was quickly contradicted by President Beji Caid Essebsi, who told an Egyptian TV host: “The Justice Minister’s request to cancel Article 230 represents only himself and not the state.”

Another report by Reuters speculated that the decision to sack Ben Aissa could be linked his recent criticism of the United States ambassador for meddling in the country’s internal affairs.

Meanwhile, Ben Aissa, a professor and former dean of the capital’s faculty of law, told Tunisia’s radio station Mosaique FM that there were unspecified political differences between him and Prime Minister.

“I was expecting this decision, he told Mosaique FM.

“I was asked to attend today’s session on the ratification of the Basic Law of the Superior Council of Magistracy,” he added.

“I am not convinced by the text because it is very far from the draft, which was submitted by the government,” Ben Aissa concluded.

According to Tunisia Live, Salah Ben Aissa refused to attend the ratification of a draft law, which calls for the creation of a Superior Council of Magistracy amid discussions regarding judicial reforms.