Rabat - In a speech Tuesday before the Zionist Congress in Jerusalem, Israeli Prime Minister Benjamin Netanyahu referenced a meeting in November, 1941 in Germany between Adolf Hitler and the Grand Mufti of Jerusalem, Haj Amin al-Husseini, the top Muslim leader in Palestine under the British mandate, who allegedly suggested the idea of exterminating Jews to Hitler. 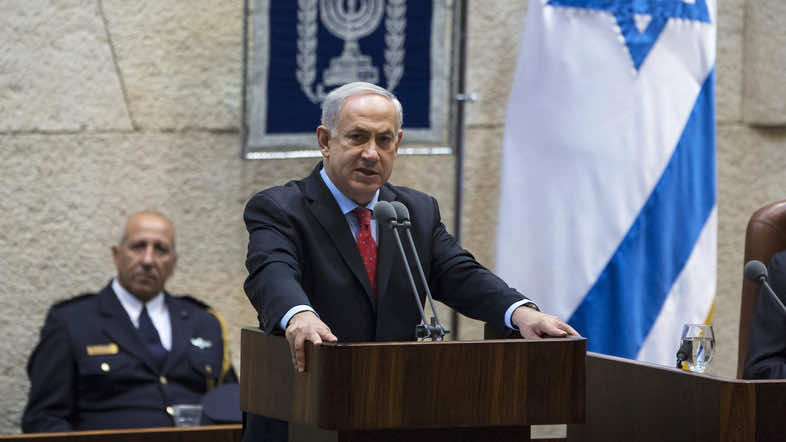 Rabat – In a speech Tuesday before the Zionist Congress in Jerusalem, Israeli Prime Minister Benjamin Netanyahu referenced a meeting in November, 1941 in Germany between Adolf Hitler and the Grand Mufti of Jerusalem, Haj Amin al-Husseini, the top Muslim leader in Palestine under the British mandate, who allegedly suggested the idea of exterminating Jews to Hitler.

The Prime Minister referred to Haj Amin al-Husseini to refute what he said were historically false accusations that the Jews and/or Israel sought to destroy or monopolize the Temple Mount and Al-Aqsa Mosque in Jerusalem.

Following the speech, Benjamin Netanyahu was accused of distorting history when he declared that it was the mufti of Jerusalem, at the time, who had inspired Hitler to exterminate the Jews of Europe.

Dina Porat, chief historian of Yad Vashem, the World Center for Holocaust Research, Documentation, Education and Commemoration, said that Netanyahu’s remarks were not “historically accurate.” “It was not the mufti who proposed that Hitler exterminate the Jews, even though he had very extreme anti-Jewish positions,” Porat told AFP.

“The idea of eradicating the Jews was already in Hitler’s mind before his meeting with Haj Amin al-Husseini in November 1941,” she said. “In a speech to the Reichstag on January 30, 1939, Hitler had already evoked extermination of the Jewish race,” stated Porat.

Germany was quick to react to Netanyahu’s allegations, and stressed that the responsibility for the Holocaust lays with the Germans.

“All Germans know the history of the murderous race mania of the Nazis that led to the break with civilization that was the Holocaust,” Chancellor Angela Merkel’s spokesperson Steffen Seibert said according to Reuters.

“This is taught in German schools for good reason, it must never be forgotten. And I see no reason to change our view of history in any way. We know that responsibility for this crime against humanity is German and very much our own,” he added.