Rabat - On Wednesday, authorities in Meknes were on high alert after a large quantity of bullets was found, for the third time, in a rubbish dump. 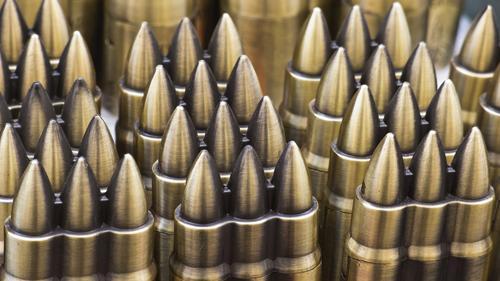 By
Larbi Arbaoui
-
Larbi is a freelance writer and assistant editor at Morocco World News.
Oct 22, 2015
Spread the love

Rabat – On Wednesday, authorities in Meknes were on high alert after a large quantity of bullets was found, for the third time, in a rubbish dump.

According to the Moroccan daily Al Massae, live bullets were found in a same rubbish dump in the city of Meknes, about 60 kilometers from Fez.

“57 bullets were discovered in the dumping ground of the city by an individual who was sorting the garbage. They additionally found 24 other bullets, carefully concealed in a plastic bag, and others wrapped in a folding carton,” Al Massae reported.

The daily newspaper added that the case again mobilized security forces of the city, who immediately went to the scene to identify the nature of the weapons and try to find out their final destination.

On October 12, authorities found 18 bullets in the same rubbish dump, then they found 24 more.

The same source said that an investigation was initiated in coordination with members of the judicial police, gendarmerie, and officers of the scientific and technical police to determine the origin of the bullets and identify their owner.

As part of its proactive efforts to counter terrorist threats, Morocco, in collaboration with Spain, managed to dismantle a number of terrorist cells that were recruiting jihadists to fight for ISIS or prepare for attacks in the country.

Last July, the customs services at the Mohammed V Airport of Casablanca arrested a Nigerian national for carrying a high-caliber gun and eight bullets in his handbag.