Rabat - Thousands of seeds that were initially stored in Syria have been secretly shipped to Morocco and Lebanon, after having been preserved for seven years in the Svalbard Global Seed Vault in Norway. 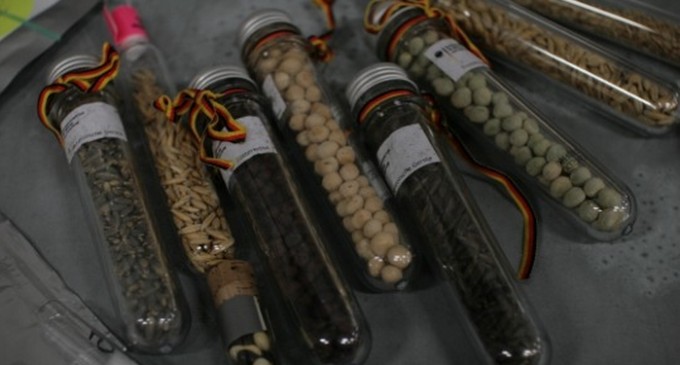 Rabat – Thousands of seeds that were initially stored in Syria have been secretly shipped to Morocco and Lebanon, after having been preserved for seven years in the Svalbard Global Seed Vault in Norway.

About 38,000 seed samples, including wheat, barley, lentils and chickpeas, were sent to Morocco and Lebanon to be preserved in research stations operated by the International Center for

Agricultural Research in the Dry Areas (Icarda).
With the destruction of Icarda, the genes bank in the Syrian city of Aleppo, Icarda “asked to ship the seed stocks to the neighboring countries of Syria, but not to Syria itself,” Asmund Asdal, the coordinator of the seed bank told AFP.

“The seeds were shipped secretly from Svalbard Global Seed Vault in Norway to Morocco and Lebanon,” according to the Associated Press.

The Svalbard Global Seed Vault, an underground center located on the Norwegian island of Spitsbergen, is designed to keep in a secure place seeds of all the food crops in the world to preserve genetic diversity.

It is the first time that the seed samples have been transferred from their vault since its creation in 2008. “We shipped the seeds secretly to avoid any security problems,” according to the seed reserve’s officials.

The vault is a safe haven for 1,700 of the existing seed genes across the world. The vault “is located in a peaceful and remote area, more than 120 meters inside a mountain, and ensures optimal preservation conditions at a temperature of -18 ° C,” according to AFP .