Rabat - Two Emirati men are on trial for raping a Moroccan woman and threatening to kill her, at knifepoint in the desert, outside Dubai. 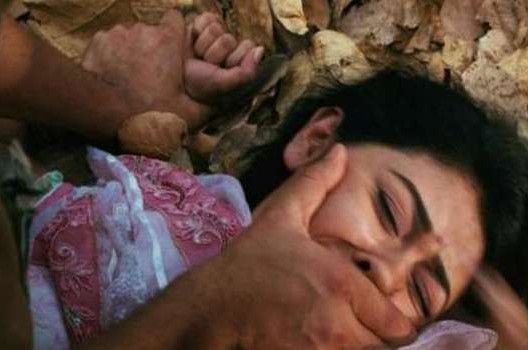 By
Aziz Allilou
-
Aziz Allilou is a student at the Higher Institute of Media and Communications (ISIC) and Morocco World News correspondent in Rabat.
Oct 23, 2015
Spread the love

Rabat – Two Emirati men are on trial for raping a Moroccan woman and threatening to kill her, at knifepoint in the desert, outside Dubai.

On Wednesday, Dubai’s Court of First Instance charged defendants, both government employees with rape with the use of force and threat, according to Khaleej Times.

The Moroccan woman, 32, testified that she had been drinking in a nightclub in Bur Dubai and left to find a taxi on August 24, 2014. She was waiting outside when the two men stopped for her, offered to give her a ride home, which she accepted.

“I was drunk and they drove to the Dubai – Al Ain road and then went over the sand,” the victim explained, adding that the men stopped the car and threatened her.

“They took my mobile and asked me to have sex with them. They put a knife on my throat and threatened to kill me and bury my body in the desert.”

The report said the two men took off her clothes and raped her together at once, before she managed to get the knife from one attacker and hit him in the hand.

Stripped of her clothes, the victim managed to run to the street and hid behind trees. She was rescued by two Asians people who were carrying chicken in their car.

A 30-year-old Bangladeshi witness testified to the court that he saw the woman coming out from behind a tree, naked while waving her hands.

“We stopped meters away from her and we were terrified at first, thinking that she was a ghost,” he explained.

He went on to add that he gave her clothes from his own car and drove her back to Dubai, where she contacted police.

According to Khaleej Times, one of the attackers admitted that they took the victim in their car to a desert area where they raped her at knifepoint. The court has adjourned the hearing to November 10.