Rabat - A innovative project that will hire informal trash collectors to work officially is likely to play a significant role in enabling Morocco to meeting its ambitious targets for reducing greenhouse gas (GHG) emissions, set at 13% by 2020. 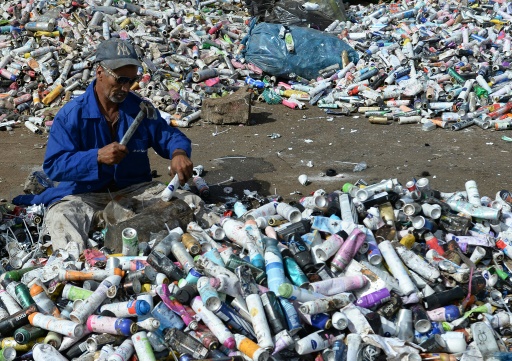 By
Larbi Arbaoui
-
Larbi is a freelance writer and assistant editor at Morocco World News.
Oct 25, 2015
Spread the love

Rabat – A innovative project that will hire informal trash collectors to work officially is likely to play a significant role in enabling Morocco to meeting its ambitious targets for reducing greenhouse gas (GHG) emissions, set at 13% by 2020.

In Morocco, thousands of trash collectors, locally known as “Mikhala” in Moroccan Darija, are helping in the fight against global warming, through picking and collecting loads of plastic bottles and digging landfills to collect paper, glass, cans and any other recyclable materials.

The rubbish pickers are often looked down on as they push their carts loaded with bottles and other materials through the streets of the big cities of Morocco. But, with this new ambitious project, their image and that of the country will change.

At their core, “Mikhala” sort and recycle waste in a country where this practice is absent at the consumers’ level.

According to a report presented at the European Union last year, “Morocco only recycles about eight percent of its municipal waste, but has targeted to increase the amount to 20 percent by 2020.”

“Informal waste processing is generally done by poor social groups with a low level of education as a daily means of survival,” Mustapha Azaaitraoui, a researcher specialized in environmental issues, was quoted by AFP as saying.

The initiative to organize the work of the “Mikhala” came from Attawafoq cooperative, which was set up in 2011 with support from the World Bank. It started to work in Oum Azza industrial landfill south of Rabat.

Headed by Yassin Mazout, 31, a history graduate who used to collect trash to pay for his studies, the cooperative now has about 150 workers — mainly ex-pickers — to sort trash for recycling on-site instead of on the streets.

The 51-year-old Najat, who spent 18 years as an informal trash picker, is happier now that she is working in a formal and organized way. “We’re much better off,” she said, adding that “We have social security and our earnings help us support our families.”

The job of “Mikhala” trash picker, usually looked down in the society, is contributing to the fight against global warming and reducing greenhouse gas, a challenge still facing Morocco.