Meknes - Adil Boutahli, a 30 year-old Moroccan sportsman, dreams of overcoming his dire past tragedy and unleashing his sports potential by jumping disability’s hurdles for the sake of raising the Moroccan flag up. 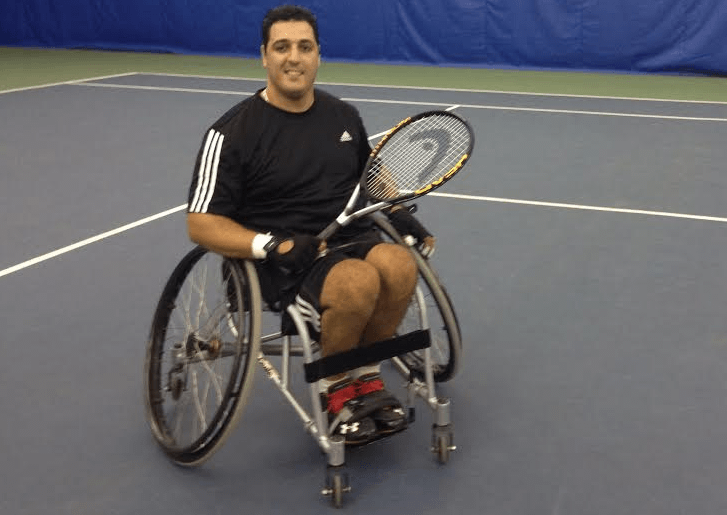 Meknes – Adil Boutahli, a 30 year-old Moroccan sportsman, dreams of overcoming his dire past tragedy and unleashing his sports potential by jumping disability’s hurdles for the sake of raising the Moroccan flag up.

In an interview with Morocco World News, Boutahli described his pride to become the first Moroccan wheelchair tennis player following his tragic accident.

“I started playing tennis in my wheelchair. I am very thrilled that I am first Moroccan to play this sort of sport in the world. I am really going on the right path — I won a doubles tournament and I lost in the semifinal.”

Adil had a passion for sports before moving to the United States in 2010. He was a goalkeeper for a number of handball and soccer teams in his homeland. He kept his position as a goalkeeper when he moved to the US. Before his accident in 2014, he played in a soccer club in Rangers, North Jersey PDL division. 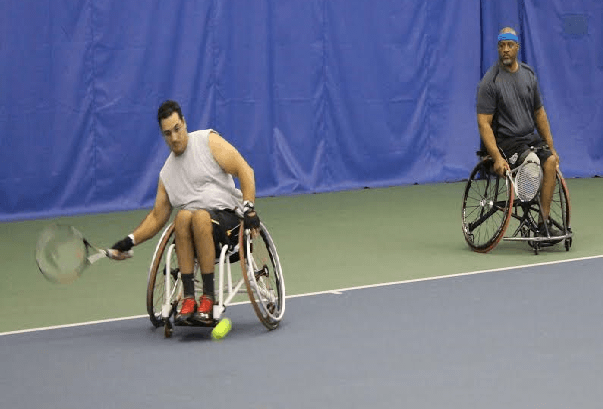 On January 10th, 2014 in New Jersey, Adil did not expect that his life would plunge into darkness. The 7-Eleven clerk where Adil was working that day was robbed by three masked burglars. One of the suspects opened fire with a 40-caliber handgun, shooting Moroccan Adil Boutahli four times before fleeing the store.

After the horrific accident, Boutahli no longer had faith in life. He spent several days in a coma at Cooper Hospital in Camden, New Jersey, and several months in a rehabilitation hospital in Pennsylvania.

“Life has become gloomy and hard since you can no longer live your life normal as it was before,” he said. “It is not easy to sit in a wheelchair with no ability to manage your life by yourself.”

Following his accident, Boutahli started thinking that his destiny might come from another birth and his incident might bring about a brighter future. 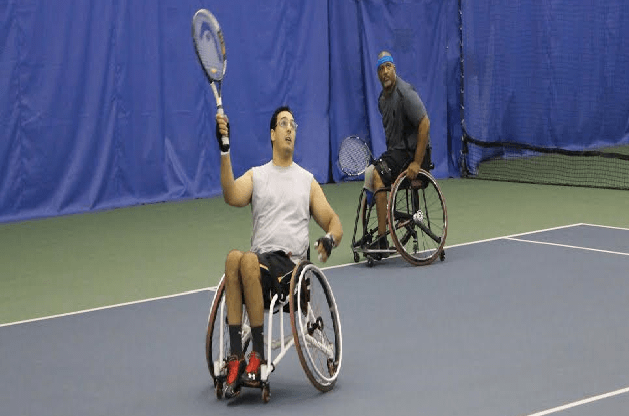 He sees sports as the backbone of his life, since it helps him to recover and to keep faith that one day he will walk without pain. Boutahli found no obstacles to play wheelchair tennis in the US.

“I did not find any difficulties to play wheelchair tennis in America. I receive positive and encouraging support from people and my team all the time. The team offers everything to me, including transportation and accommodation.”

The 30-year-old tennis player is following a rigorous therapy to be to walk as soon as possible. He also goes to college for a Business Administration degree to combine his passion with his career.

Boutahli currently plans to take part in worldwide sports events where he hopes he will be able to honor the Moroccan flag.

“I hope to play wheelchair tennis in the Olympic Games and World Championship.” “I am ready to represent Morocco in the future,” he concluded.