Rabat - Real Madrid superstar Cristiano Ronaldo has arrived in Agadir on Saturday, on his second visit to Morocco this October, after his epic vacation in Marrakech earlier this month. 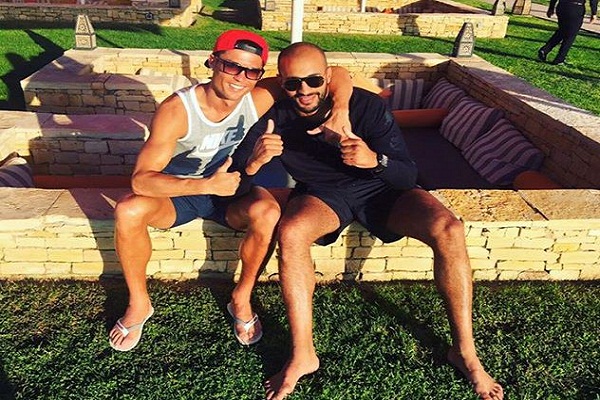 Rabat – Real Madrid superstar Cristiano Ronaldo has arrived in Agadir on Saturday, on his second visit to Morocco this October, after his epic vacation in Marrakech earlier this month.

On October 11, Ronaldo promised Moroccans in a post on Instagram, as he was leaving Marrakech that he would come back to see them again. The Portuguese star proved he is a man of his word, as he kept the promise and came back to Morocco.

CR7 arrived in Agadir late Saturday night, after his team’s 3-1 win over Celta Vigo. He joined his Moroccan friend, kickboxing champion Badr Hari who is still in Agadir, after having participated with Ronaldinho, Roberto Carlos and Louis Saha, in a football match honoring Moroccan player Musfapha Hadji.

Multiple media reports said Ronaldo went out with Morocco’s Golden Boy to one of Agadir’s best night clubs on Saturday night. The two are said to have explored the beauty of the coastal city this Sunday, aboard a yacht.

Badr Hari posted a picture of him with CR7 this Sunday in Agadir with the caption: ” Having a great day with my bro Cristiano”.

The owners of the restaurant that hosted the two stars posted a message on their Facebook page thanking Ronaldo and Hari for choosing their restaurant.

Earlier this month, the third richest athlete in the world spent a good time in Marrakech where he visited Badr Hari. He wrote his first post ever in Arabic to thank Morocco. Ronaldo appeared  smiling in every picture and video from his Moroccan getaway.