Rabat - Morocco's Prime Minister and Head of Justice and Development Party (PJD), Abdelilah Benkirane, made a statement to PJD’s MPs, suggesting that having a wife costs less than having a girlfriend. 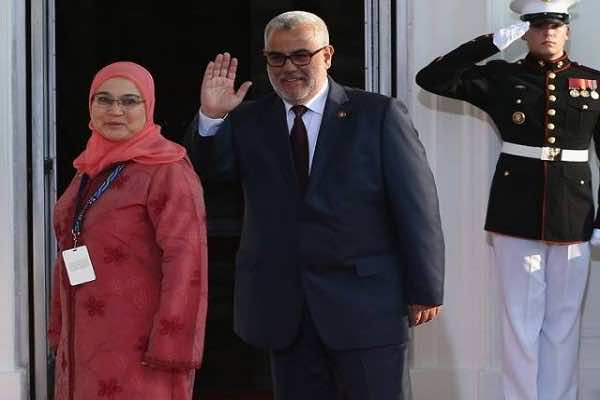 Rabat – Morocco’s Prime Minister and Head of Justice and Development Party (PJD), Abdelilah Benkirane, made a statement to PJD’s MPs, suggesting that having a wife costs less than having a girlfriend.

Abdelilah Benkiare made the statement during a recent speech to Justice and Development members of parliament.

Praising the principles of his party’s MPs and their moderation, Benkirane said “unlike the other MPs, you [MPs of PJD] are satisfied with your salaries. You are paid MAD 30,000 per month and still, you say: ‘Thank God for this huge sum of money. We have never dreamed of such salary.’ “

He went on to add that PJD’s MPs do not consume either cheap or expensive alcoholic drinks and most of them have one or two wives maximum.

‘’A wife costs less than a girlfriend,” Abdelilah Benkirane said jokingly , explaining that ‘’a wife always seeks to save her husband’s money, while a girlfriend is always keen on making you spend all your money on her.’’

A video of Benkirane telling the joke has gone viral on social media. Moroccan social media users mocked the Islamist leader over the joke.

Morocco’s most popular news website Hespress, on the other hand, said in a report that Benkirane’s statement is expected to create controversy among women’s rights activists and organizations.

Prime Minister Benkirane and his Islamist party have often been criticized for their conservative values and traditional views toward the role of women in society.

Last year, Benkirane came under fire for his statements to Parliament regarding the role of women. He made an impassioned speech suggesting that a woman’s place is in the household rather than in the workplace.