Rabat - The three crew members onboard the Super Puma helicopter from the Gando air base in Gran Canaria, which fell into the Atlantic Ocean off the coast of Mauritania on October 22, are still missing. 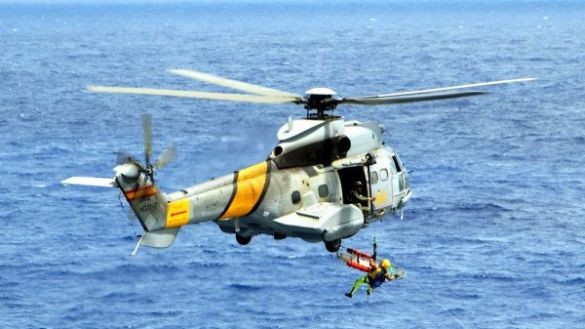 Rabat – The three crew members onboard the Super Puma helicopter from the Gando air base in Gran Canaria, which fell into the Atlantic Ocean off the coast of Mauritania on October 22, are still missing.

The three members of the Spanish Air Force have not been found and their continued disappearance has been confirmed by Spanish Minister of Defense, Pedro Morenés, during a press conference from the Gando air base.

“People are missing, we do not know in what condition of disappearance. We could not get to the cabin” the minister said.

Many questions and hypotheses have been raised on the fate of the three soldiers consisting of a captain, a lieutenant and a sergeant, but nothing is known with certainty.

The Defense Minister clarified that the information given to the Spanish press in which it was confirmed that the three soldiers had been found was incorrect and announced by mistake.

“The Moroccan gendarmerie guaranteed and insisted that these soldiers had been rescued by a [Moroccan] fishing boat, were unharmed and on their way back to Gando,” Morenés noted.

The Spanish Miniser said he believed the information to be true due to its top-level trustworthy classification.

“The [information] was an A1 category having the absolute certification of its veracity so we gave it to the attention of the press,” he added.

Minister Morenés received what he thought was “certified information by the gendarmerie and the Moroccan Royal Navy”.

He went on to add that “regardless of the distortion of the facts, I want to thank [the Moroccan government] because they are dedicating their maximum effort to lead to the location of these military”.

Considering the gravity of “this situation of uncertainty and deep concern” the Minister said, we invite the families of the soldiers “to not lose hope,” adding that the government is “working in all scenarios” to locate their loved ones.

On Thursday afternoon, the Super Puma helicopter was flying back from a training mission in Dakar, Senegal, when it lost communication with control tower and sank at sea, around 280 nautical miles from the Gando air base in Gran Canaria Island.

According to the Minister, the helicopter did not suffer a major impact with the water and no massive structure destruction was detected.

Rescue missions continue in place with constant communication between the Spanish and Moroccan government, the Moroccan Royal Navy and all fishing vessels in the area, in order to consider all possible theories.