Rabat - A con artist who attempted to impersonate Morocco’s Princess Lalla Salma to defraud World Boxing Champion Mohammed Rabii has been arrested in Casablanca.According to Assabah and Akhabr Al Yaoum news in their Monday, October 26 edition, the alleged scammer has been jailed for usurping Princess Lalla Salma’s identity during a phone call with champion Rabii in an attempt to defraud him. 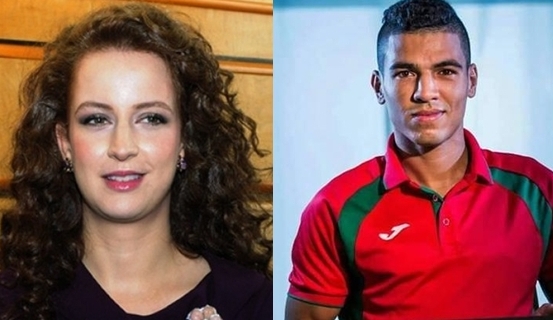 According to Assabah and Akhabr Al Yaoum news in their Monday, October 26 edition, the alleged scammer has been jailed for usurping Princess Lalla Salma’s identity during a phone call with champion Rabii in an attempt to defraud him.

Mohammed Rabii told a radio station that he had received personal congratulations from Princess Lalla Salma, which immediately alerted authorities of a possible scam.

Security services initiated an investigation that led them to the arrest of the alleged crook in Casablanca.

The man who has been identified as “Zaim” has a criminal history of fraud and has been previously detained and imprisoned for imitating the voices of other important personalities.

According to the same sources, the perpetrator calls his victims under usurped identities and promises to intervene in their behalf to help them obtain benefits and privileges from the state.

The suspect had previously usurped the identity of the principal secretary of a Royal Palace official to contact a judicial officer and ask him to reinstate the driver’s license of one of his relatives implicated in a deadly traffic accident.

The offender is in custody by orders of the public prosecutor at the Court of First Instance of Casablanca, for usurping the identity of senior officials from the Royal Cabinet and the Department of the Chancellery, the Protocol an the Royal House, according to the same sources.