Rabat - The third annual Salon of Moroccan Plastic Arts opened on Friday at the Mohamed ElKacimi Gallery in Fez. 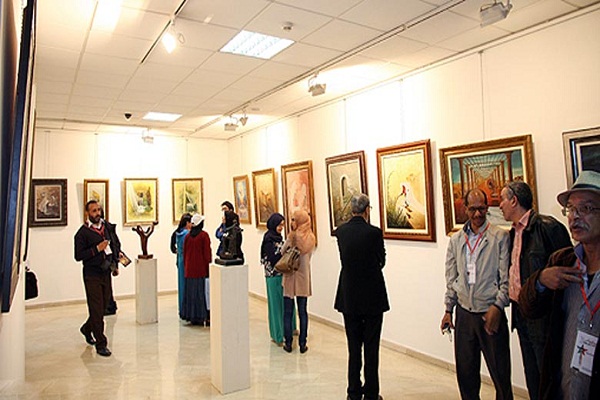 Rabat – The third annual Salon of Moroccan Plastic Arts opened on Friday at the Mohamed ElKacimi Gallery in Fez.

The event was jointly initiated by the exhibition of le Caméléon des Arts Plastiques Association and the Regional Delegation of Culture in Fez under the theme ‘The Artistic Visions’.The eventincludes over seventy paintings that reflect Moroccan historical heritage and socio-economics.

The salon featuresstands for thirty Moroccan artists from different regions to exhibit their artwork, which shed light on Moroccan historical sites and culture such as JamaaLafna, pottery and copper handicraft, as well as fantasia.

Speaking to Moroccan news agency MAP, LahsenEcharfy, the Delegate of Culture of Fez-Boulemane Region,sharedthe goal of the event.“The salon aims to offer stands to join Moroccan promising artists with each other in order to share their works and exchange their experiences in the plastic art.”

He also noted that the event is part of the strategy of the Ministry of Culture, which aims to support and promote the visual arts in the kingdom.

Furthermore, the event paid tribute to native Fezartist AbdelkaderRhorbal, who has won several worldwide awards, including the award of the International Festival of Contemporary Art in France.