Rabat - Police arrested a woman believed to be Moroccan on Tuesday morning in Bangkok, Thailand, after videos and photos of her parading naked in the street had been widely shared on social media networks, according to media outlet Stickboy Bangkok. 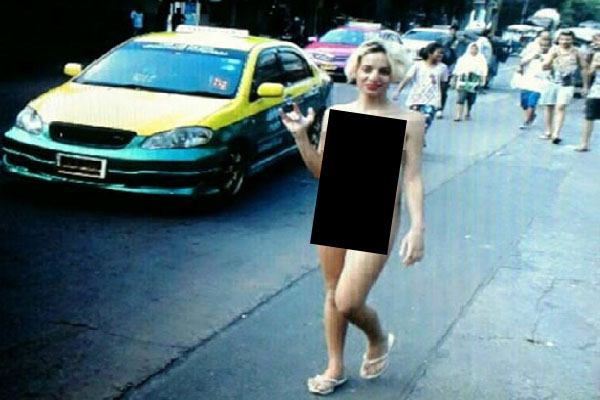 Rabat – Police arrested a woman believed to be Moroccan on Tuesday morning in Bangkok, Thailand, after videos and photos of her parading naked in the street had been widely shared on social media networks, according to media outlet Stickboy Bangkok.

Photos of the young woman, 20, who was identified by police as Nagwa Bassre, caused a stir in the street and on social media.

However, she first came to the attention of the local police when a photo of her sitting nude on the back of a motorbike taxi was widely shared on Sunday. 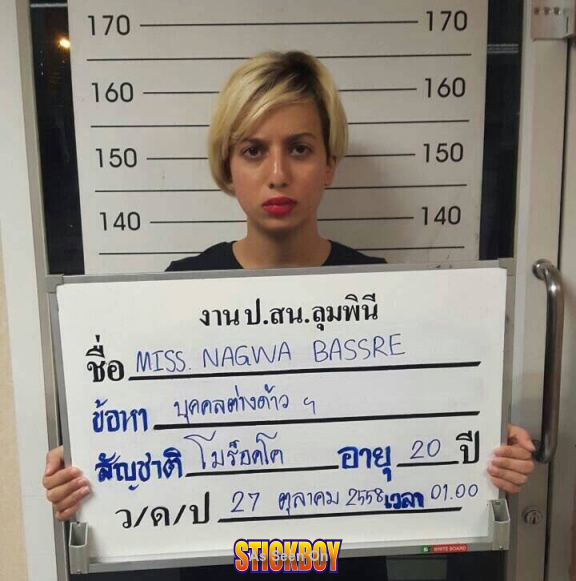 People in the street had videotaped Bassre walking naked in the street, smiling to the passersby, and waving her hand, before she hailed a motorbike taxi and sped away, and they posted the videos and photos on social media.

While it is apparent from the video that the woman was not painted with slogans and presumably was not protesting as a FEMEN activist, it is not known whether she was under the influence of drugs or alcohol at the time.

The woman was charged with obscenity and fined before being released, according to ThaiVisa.