When Soraya El Awad, a Moroccan singer who lives in the Netherlands took the stage of “The Voice Arab”, her breathtaking voice captured the jury of the television show. 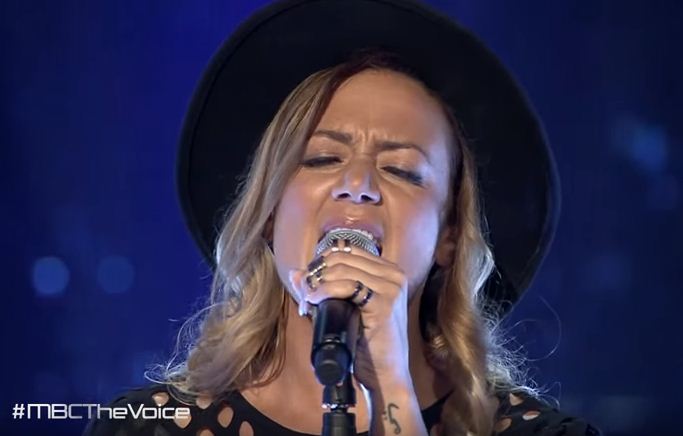 When Soraya El Awad, a Moroccan singer who lives in the Netherlands took the stage of “The Voice Arab”, her breathtaking voice captured the jury of the television show.

Soraya seduced all four judges of the singing competition with a sensual interpretation of Etta James’ song “At Last”.

A video of the Moroccan beauty’s performance posted on H24 info, shows the long-haired singer wearing a hat dressed in a two-texture black ensemble and simple makeup during her presentation.

Since the beginning of the song, members of the jury were instantly in awe of Soraya’s voice without looking at her – keeping true to the rules of the show.

During several key moments of her performance, the judges demonstrated their liking for the singer, which prompted them to listen and enjoy the song nearly to the end.

When their emotions were too intense, all four judges hit the red light as their chairs swung around to reveal Soraya’s identity.

The Moroccan was accepted by the entire jury of “The Voice Arab” unanimously to the applause and joy of the audience and her family.

The dreams of the Moroccan singer are one step closer to becoming a reality.