New York - The second representative of the Moroccan delegation to the United Nations in New York raised the topic of the Kabyle people’s rights to self-determination during the 70th Anniversary of the UN. 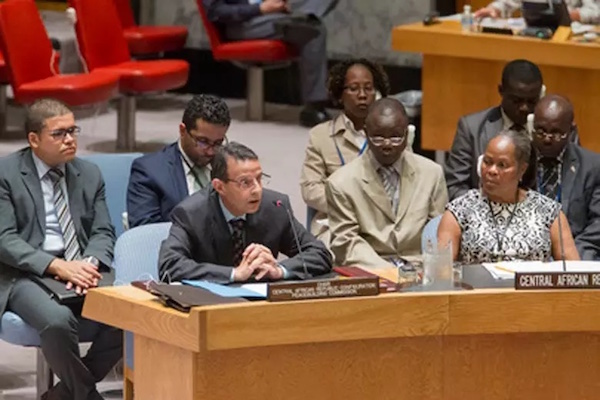 By
Karla Dieseldorff
-
Karla is an award-winning actress and producer.
Oct 27, 2015
Spread the love

New York – The second representative of the Moroccan delegation to the United Nations in New York raised the topic of the Kabyle people’s rights to self-determination during the 70th Anniversary of the UN.

Morocco’s Deputy Permanent Representative, Abderrazzak Laassel, responded to comments by an Algerian diplomat, who was discussing the territorial dispute of the so-called Western Sahara, according to Yabiladi news website.

Laassel took the occasion to defend the Berber ethnic group native to Kabylia region in the north of Algeria, saying that it is a shame how the Kabyle rights are not respected in the 21st century.

“One of the most ancient peoples of Africa continue to be deprived of the right to self-determination,” Laassel said.

“[It is] regrettable that the legitimate aspirations of indigenous people of Kabylia are still flouted in the 21st century. Their human rights are violated every day, its legitimate representatives are persecuted and its leaders are hunted, including when they are in exile,” he stressed.

The Moroccan diplomat went on to support his plea by recalling Chapters 1, 2, 3 and 4 of the United Nations Declaration of Rights of Indigenous People (adopted on September 13, 2007 by the General Assembly, Ed.)

The Kabyle are strong  of “eight million people 9,000 years of existence,” are entitled to their “autonomy” and “the recognition of their cultural and linguistic identity,” Laassel told the UN member states.

Fekhar was sentenced to one year in prison by the court of Ghardaia for his political views in favor of the Mozabites.