Rabat - Cristiano Ronaldo has won the hearts of Moroccans during his holiday in Agadir last weekend. The Portuguese stopped near Agadir beach while having a stroll to take a picture with a disabled fan. 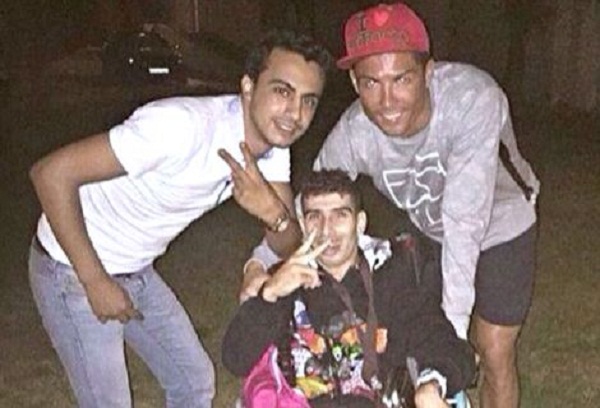 Rabat – Cristiano Ronaldo has won the hearts of Moroccans during his holiday in Agadir last weekend. The Portuguese stopped near Agadir beach while having a stroll to take a picture with a disabled fan.

A picture showing Ronaldo wearing “I Love Morocco” cap in red, with a Moroccan fan in wheelchair has gone viral on social media, receiving enormous appreciations from Moroccans.

CR7 also appeared in another picture while being surrounded by dozens of Moroccan fans who wanted to take selfies with him in Agadir.

Ronaldo took the pictures during his last holiday in Agadir. CR7 used the two free days the Real Madrid squad have been given to visit Morocco again, together with his Moroccan friend Badr Hari.

Ronaldo arrived in Agadir on Saturday evening after playing for Real Madrid in Vigo, and was seen with his Badr Hari in one of the most exclusive clubs in town.