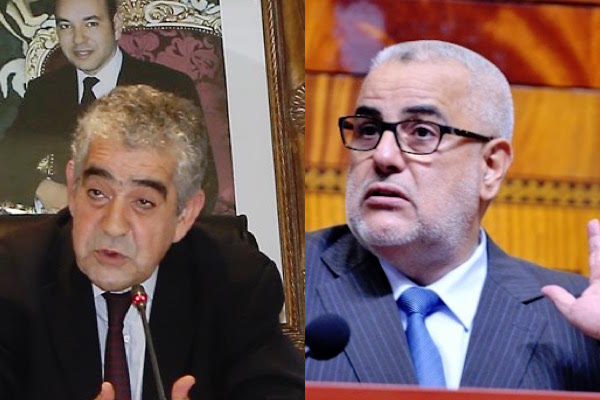 London – The Council of Human Rights (CNDH) is at odds with Morocco’s ruling Party of Justice and Development (PJD). The disagreement came after the proposal was made by the CNDH to ditch Morocco’s Islamic approach to inheritance and make it in line with women’s equal rights.

The CNDH’s proposal was firmly denied by Prime Minister Benkirane’s party, and the reason is arguably because the PJD elected in 2011, is at its core an Islamist party. The election of this party was the same phenomenon that swept the Muslim World after the Arab Spring, with only few exceptions.

Morocco’s combined political and societal conservatism provides one apparent basis for governing in Morocco. Islamic jurisprudence also dictates the bases of many laws. However, an equal number of laws were derived from former colonial occupiers, Spain and France. Morocco’s judicial system is a cocktail of various cultural and religious influences. Without a doubt, Moroccan law is not exclusively Islamic or based on ‘Shariah.’

So, if Morocco’s compilation of laws are not all Islamic based, why not add inheritance to the list of secularist-inclined laws? The answer is much more complex than the question.

First, Morocco is a 99% Muslim-majority, conservative country and thus, unsurprisingly, supports many Islamic laws. For the government to consider a change to the inheritance law requires a sturdy support for secularist inclinations. This secular thinking can be understood and politically analyzed by looking at Turkey, which boasts a significant secular presence both demographically and politically. Turkey manages to balance both the secular and non-secular in a competent manner and Morocco could manage in a like manner.

When comparing Morocco to other Arab nations, post Arab Spring, it is easy to see a lack of motivation and excitement compared to the likes of Egypt, regardless of the end result. Morocco is slow to change even when problems and the need for change are starkly apparent. As an example, the Kingdom still struggles with problems relating to even the basic foundational infrastructure when it comes to education. These issues are easy to see but the aggressive stance needed to bring about changes does not exist within politics or the masses.

The dim outlook on political change in Morocco should be unraveled. One possibility is that Moroccans don’t know their alternatives. Looking at education again as an example, universities in the Kingdom are churning out more graduates than ever and they say that this success paints an optimistic future for Morocco’s academic landscape (however, debatable.) But, coupled with the abysmal literacy rate (perhaps as high as 67% or more) and the lack of determination to combat the deficiency, this situation has left political representation and involvement at a standstill.

In essence, education relates and correlates very stringently with the development of political discourse and demographic representation. From historic occurrences it is easy to see the relationship between education and political development, equality usually seems to follow. Although, as in this case, there is one very important aspect that has been ignored by critics and human rights activists alike, that is, the terms of Islamic inheritance laws.

Islam dictates that men are entitled to twice the inheritance of females, with some exceptions. The law is complex but the basic premise supporting the law is that men are the traditional bread winners. They are the ones who go out into the world and bring home the means upon which the family will be sustained. By this logic, women are always to be provided for by men. According to the Islamic laws, women are not required to work as men are.

To the National Human Rights Council of Morocco (CNDH) and other human rights groups, the law is incompatible with equality for women. If women are to be equal in the workplace and in family matters, then why not in inheritance? The CNDH is striving for a consistent ideal that promises a very interesting discussion over the next few years.

For now the Justice and Development Party has quashed the proposal and made it clear that the Islamic values of the Kingdom will not be tampered with. However, this debate is only beginning to show its true colors and no doubt we shall soon see this issue raised again.