Rabat - The Moroccan government is planning to get rid of plastic bags, which are massively used by consumers. 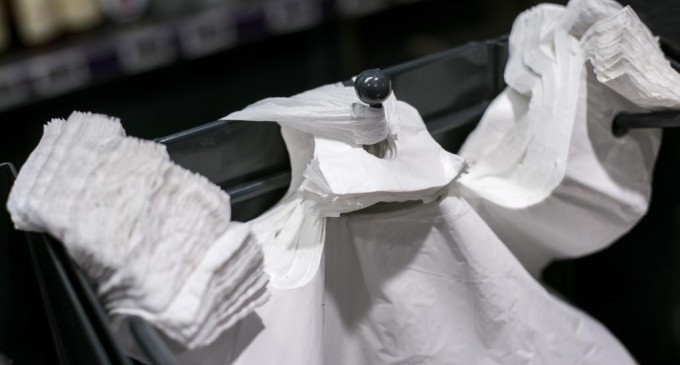 By
Larbi Arbaoui
-
Larbi is a freelance writer and assistant editor at Morocco World News.
Oct 29, 2015
Spread the love

Rabat – The Moroccan government is planning to get rid of plastic bags, which are massively used by consumers.

Mustapha El Khalfi, Minister of Communications and Government Spokesperson, announced the introduction of a law that aims to eliminate all plastic bags from use in the Moroccan market.

According to Telquel, the Government Council adopted a bill banning the use, production, and import of plastic bags at a session on Thursday, October 29, in Rabat.

The text was presented by Moulay Hafid Elalamy, Minister of Industry, and will soon be discussed by Parliament before being put into force.

“It is a great challenge to protect the environment, health, soil, and livestock,” the same source quoted Elkhalfi as saying, in a press conference.

The Minister added that Morocco, which is “the second country in the world where one finds the most plastic bags, ” will adopt a law “banning the production, use, distribution, sale, and import of plastic bags” all over the country.

The Minister said that the government will look for an alternative to replace plastic bags in a way that will protect the environment but also help the industrial sector.

“For now, it is unclear what will replace these bags,” the same source added, but the government planned to hold a “national initiative to collect plastic bags” and replace them by another environmentally-friendly product.

Plastic bags can take 1,000 years to degrade, and can appear as a blight on the countryside, imposing a real threat to the environment and livestock.

According to a study cited by the Telegraph, “when seabirds, sea mammals, or fish ingest plastic particles, blocking of the gut is likely to harm or even kill the organism.”

A few years ago, Morocco had prohibited the use of black plastic bags for health and environmental reasons.