Rabat - Argentina's football legend Diego Maradona is set to arrive in Morocco next November 4 to participate in the festivities of the 40th Anniversary of Morocco’s Green March. 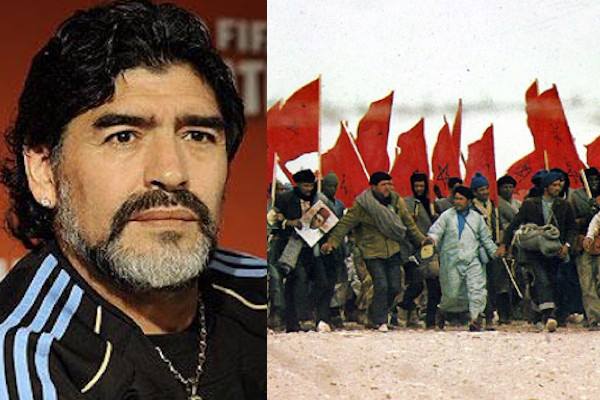 Rabat – Argentina’s football legend Diego Maradona is set to arrive in Morocco next November 4 to participate in the festivities of the 40th Anniversary of Morocco’s Green March.

The superstar will participate in a gala football match on November 6 in the city of Laâyoune, according to Le360 news website.

The Moroccan Sahara capital will be the stage for the ‘legends game’ in which several other international football stars, including Maradona, will play for the Green March Cup.

The same source noted that the match organized by the Royal Moroccan Football Federation (FRMF) will be an event for charity.

Negotiations to secure the participation of these football legends at the Green March festivities are reported to have been challenging and expensive, although no figures have been revealed, the same report said.

Morocco’s King Mohammed VI will visit the Saharan provinces as well, under strict security measures, to commemorate the November 6, 1975 march.

The King is expected to announce unprecedented decisions about the Sahara and discuss subjects such as the “implementation of advanced regionalization” among other major projects in the region.

Besides the monarch’s visit and the gala match, the celebrations will include a film about the Green March.