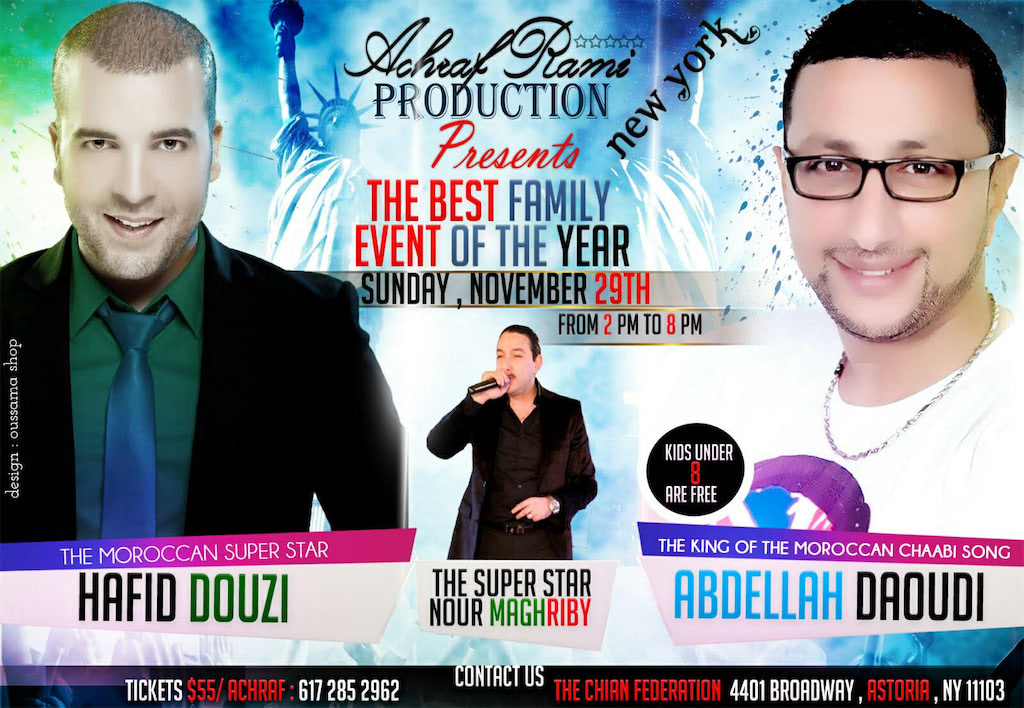 The events, which will be organized by Achraf Rami Production, will take place in Boston on Friday, November 27 and in Astoria, Queens, on Sunday, November 29 from 2 to 8 pm.

Douzi is accustomed to performing for the Moroccan diaspora in the United States. Last spring, he held a number of performances in New York.

He is also due to perform in Florida on November 21 and 22 in an event that will commemorate the 40th anniversary of the Green March, when Morocco regained sovereignty over the so-called Western Sahara.

The 30-year old Rai star made headlines last August when he cancelled his participation in the 16th annual International Festival for Palestine in Ramallah, after he discovered that he and his band would have to enter Ramallah via Tel Aviv airport.

The Moroccan diaspora in New York will also enjoy a performance by the Abdellah Daoudi, one of the leading figures of Chaabi music in Morocco.

This won’t be the first time Daoudi will perform in the United States. He has delighted the Moroccan community in the US several times with his talent. Daoudi made several tours in the US at the beginning of his artistic career in the late 1990s.