Rabat - Morocco has prevented Algeria from including the term ‘colonialism’ in the final declaration of the India-Africa summit held in New Delhi. 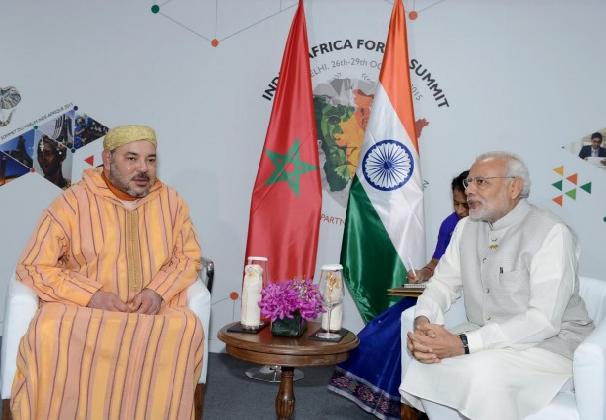 By
Aziz Allilou
-
Aziz Allilou is a student at the Higher Institute of Media and Communications (ISIC) and Morocco World News correspondent in Rabat.
Oct 30, 2015
Spread the love

Rabat – Morocco has prevented Algeria from including the term ‘colonialism’ in the final declaration of the India-Africa summit held in New Delhi.

On Tuesday, negotiations for the joint declaration of the India-Africa Forum Summit hit a rough patch.

A report by The Times of India said Algeria, supported by the African Union, had inserted a line into the draft statement saying India and Africa would fight colonialism together. Morocco and its supporters in West Africa objected to the term.

Moroccan negotiators strongly protested the line because it attempts to shame Morocco, which is not a Member of the African Union.

The issue stems from an old dispute over the so-called Western Sahara. Morocco formally withdrew from the African Union in 1984 over the admission of the self-proclaimed Sahrawi Arab Democratic Republic (SADR) as a full member of the organization.

According to the Indian publication, India’s lead interlocutor, Secretary (West) in the Ministry of External Affairs Navtej Sarna, urgently intervened in the negotiations, asking the African nations to agree on a consensual language.

In 2000, India acquiesced to the Moroccan position on the Sahara issue during the Atal Bihari Vajpayee regime and withdrew its recognition of the SADR.

Since 1984, Morocco has refused to rejoin the African Union – and remains the only African country that is not a member – unless the membership of SADR is withdrawn or frozen