Rabat - Two Brazilians men and a Mexican were arrested on Wednesday for their alleged involvement in a robbery case in a bank in Casablanca, Morocco’s largest city. 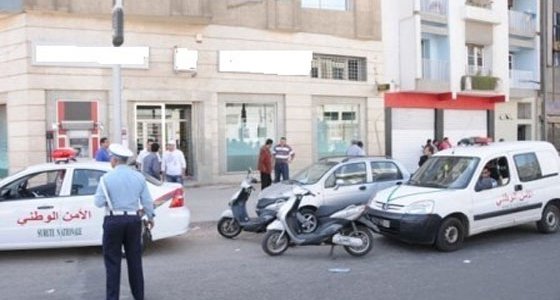 Rabat – Two Brazilians men and a Mexican were arrested on Wednesday for their alleged involvement in a robbery case in a bank in Casablanca, Morocco’s largest city.

According to H24, the General Directorate of National Security said in a statement on Friday that one of the defendants, a Mexican, was arrested on the scene after seizing a plastic suitcase that an agent of a money transfer company had deposited. The suitcase contained over $2,000.

The same source said that the other accomplices managed to flee before they were arrested while trying to leave the country.

“The intense police investigations and the transmission of an international arrest warrant against other accomplices led to the arrest on the same day of two Brazilians aged 41 and 34 respectively while trying to leave the country at the Port of Tangier-Med,” the statement said.

The suspects have been placed in custody pending the completion of the investigation under the supervision of the competent public prosecutor.