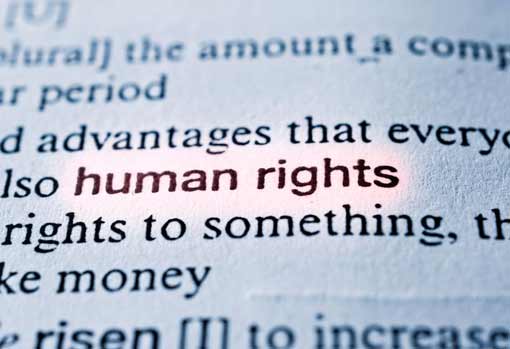 Ifrane – Since the Universal Declaration of 1948, the theoretical debate on human rights as well as the need for a regional system to protect human rights in the Muslim-Arab World has been growing rapidly. This necessity has been enhanced by the feeling, commonly known among Muslims, that the West has imposed a secular and universal declaration (UDHR) carved by its own jurist, without the involvement of the Arab countries. Likewise, the widespread human rights violations in the entire Arab world has contributed to the creation of Arab and Islamic human rights instruments to defend and protect human rights. In this context, both the Arab Charter on Human Rights and the Cairo Declaration on Human Rights in Islam represent the most significant human rights documents, which have gained the approval of the majority of the Arab states.

In short, the establishment of these regional human rights documents coincides with the global movements, which unites all Muslims and Arabs as a community in its long search for its own “golden past.” However, like other fierce political debates in the Arab world, the issue of human rights has also expressed the opposition between modernists (advocates of the ACHR) and the traditionalists (drafters of the Cairo Declaration). This controversial debate does not reject Western society, which plays a crucial role in the global definition and reshaping of the Arab and Muslim Identities.

In this context, we can find total support of the Cairo Declaration on Human Rights heralded in the literature of many Muslim scholars. Among the famous advocates of this concept, is the famous Islamic scholar Dr. Allamah Abu al-‘A’la Mawdudi, a Pakistani intellectual who sharply criticized the copyright of human rights as originating in the West. He states that the West got the concept of human rights from the Magna Carta in Britain. However, he explains that the Magna Carta itself emerged six hundreds years after the advent of Islam. In brief, the general approach of al-‘A’la Mawdudi regarding human rights in Islam can be summarized in his statement as follows:

On the other hand, the Arab Charter on Human Rights, approved by the League of Arab States in 1994, distinguishes itself from the Cairo Declaration not only for the announced rights and liberties, but also for its grounds, which are not religious but secular. In other words, the vision of the modern Charter on Human Rights does not dwell in Islamic roots, but mainly in its “Arabicity,” which promotes and defends the Arab-Muslim community. Also, the Arab Charter on Human Rights marks a major success for the Arab world by bridging Western values with Arab ones. To explain, Dr Bartolomeo Conti, a human rights activist, states that the secular feature of the Arab Charter on Human Rights and its strong devotion to meet an open and intellectual dialogue with other civilizations is derived from the clear reaffirmation of “The principles of the charter of the United Nations and the universal Declaration of Human Rights, as well as the provision of the United Nations,  International Covenant on civil and Political Rights and Economic, social and cultural rights…”

Accordingly, the Cairo declaration on Human Rights has indeed inspired and enticed some modern and secular Arab states to ratify the Charter, which, after all, demonstrates their discontent with the Cairo Declaration. Indeed, the religious particularism in the Cairo Declaration on Human Rights in Islam has been illustrated by David Hollenbach, the Director of the Center for Human Rights and International Justice, when he says that, “In the view of most Muslims, both traditionalists and modernists, Islam itself is the strongest guarantee for the protection of human rights available…”