Rabat - A young Moroccan man set himself on fire after his father categorically opposed his decision to marry a divorced woman.According to Le360, citing security sources, the young man narrowly survived setting himself on fire to protest his father’s refusal to allow him to marry the woman he loves. 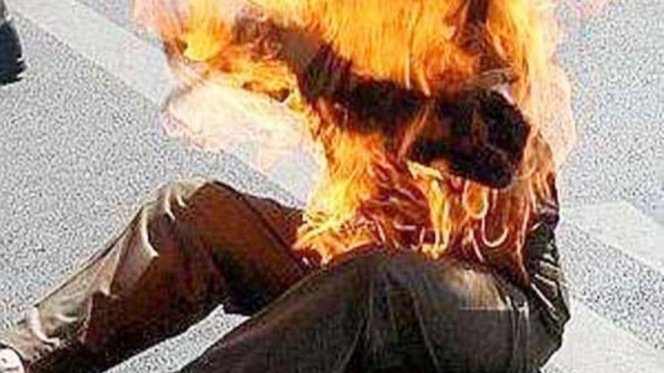 Rabat – A young Moroccan man set himself on fire after his father categorically opposed his decision to marry a divorced woman.

According to Le360, citing security sources, the young man narrowly survived setting himself on fire to protest his father’s refusal to allow him to marry the woman he loves.

The young man, who is currently under emergency care in Ibn Rushd Hospital in Casablanca, is reportedly still alive with third-degree burns on the face, head, and chest.

The victim is originally from Douar Ouled Brik in Sidi El Mekki, a rural commune in the Settat Province near Casablanca.

The same source said that the man was living with his girlfriend, who is a divorced woman and a mother of three children.

He decided to put an end to their illegal relationship and marry her, but his father categorically refused, which left him with no other options but to commit suicide in a vivid manner.