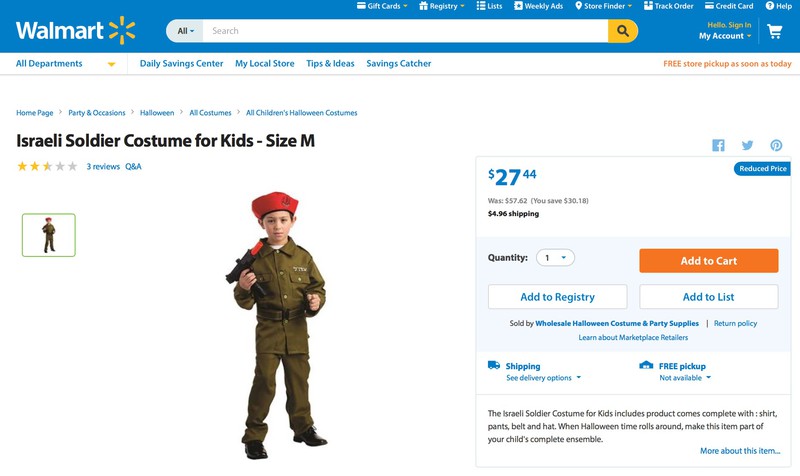 The “Israeli soldier” costume depicting an olive green uniform with red headpiece worn by Israeli Defense forces was being sold at Walmart store’s website for $28.81, according to several media sources.

Social media users around the world lashed out at the U.S. supermarket denouncing the costume as “extremely offensive.”

The costume is “extremely offensive and highly insensitive, not only to the millions of Palestinian-Americans that shop in your stores, but to anyone who has an ounce of humanity in their bodies,” a Facebook user said.

Another user tweeted: “Hey Walmart, do you realize you’re supporting the killing and occupation of innocent children with this costume?”

Following the harsh critics and boycott threats, Walmart removed the “Israeli soldier” outfit from its stores and website on Wednesday, Haaretz reported.