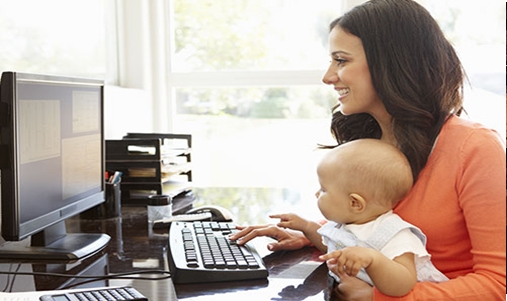 By
Larbi Arbaoui
-
Larbi is a freelance writer and assistant editor at Morocco World News.
Nov 2, 2015
Spread the love

Contrary to old stereotypes about children of working parents, the new study shows that daughters of working mothers are more likely “to be employed, work more hours, and earn higher wages than women whose mothers stayed home full time.”

After examining data from 50,000 people, aged 18 to 60 from 25 developed countries, the study found that daughters benefit when their mothers go off to work for long hours during the day.

Authored by Harvard Business School professor Kathleen McGinn, HBS researcher Mayra Ruiz Castro, and Elizabeth Long Lingo of Mt. Holyoke College, the working mother study found that in the United States, “adult daughters of working mothers earned 23 percent more than those whose mothers had not worked during their daughters’ childhoods.”

Adult daughters of working mothers also earn an annual average income of $35,474 compared to $28,894.  “Over 33 percent held supervisory positions, compared to roughly 25 percent of their counterparts from more traditional households,” the study revealed.

“These findings imply that denying women the opportunity to pursue fulfilling careers outside the home is counterproductive – not only for the future of their children but for society as a whole,” observed Harvard Business School professor Robin Ely, the Gender Initiative’s faculty director and the School’s Senior Associate Dean for Culture and Community.

The study found that sons of working mothers also do better, especially with respect to domestic work inside the home, as they had a greater tendency to help with housework.