By
Karla Dieseldorff
-
Karla is an award-winning actress and producer.
Nov 4, 2015
Spread the love

The video starts when late King Hassan II urged the Moroccan people to stage a pacific march into the Sahara region and challenge Spain’s occupation and colonization of the territory.

“We have to do one thing dear people and that is to undertake a peaceful march from the north, the east, the west to the south. It behooves us to act as one man in order to join the Sahara,” King Hassan II said in Arabic.

Moroccans received the King’s speech with joy and hope. The streets lined up with thousands of happy Moroccans chanting and waiting for that call to action to defend their country and be transported into the Sahara region.

The enthusiasm of the Moroccan people was a spectacle in itself. Men, women and children from all social and economic levels united as one in a strategic deployment to the city of Tarfaya in southern Morocco.

FARMAROC provides a recount and shows how 350,000 Moroccan volunteers, coordinated by orders of the Moroccan government, where women and children boarded trains and the men mounted the back of hundreds of trucks, reached the southern provinces.

Touching footage illustrates Moroccans sharing meals, dancing, and enjoying their time together before the start of the Green March.

The 350,000 unarmed individuals advanced into the region of Sakya Lhmra along with nearly 20,000 Moroccan troops to reclaim the return of the Sahara to Moroccan sovereignty and put an end to the Spanish colonization.

Under strict rules, the media was given permission to enter the Sahrawi land and cover the massive event. Moroccans, most of them outfitted in green representing Islam, peacefully marched into the desert region waving the colors of the Moroccan flag.

Prior to November 6, Morocco and Spain had reached an agreement to let the marchers advance and leave unharmed.

As Moroccans reached the Spanish border, ten kilometers into the region, they abided by the King’s orders to stop the march and come back.

The video portrays the incredible “discipline, docility and resignation” of thousands of citizens feeling content for having demonstrated and defended their territorial integrity in complete order and without casualties.

Following the Green March, King Hassan II addressed leaders and diplomats of different nations and proved to them how the march had mobilized such a large number of people fighting for their country.

The King said that the march had set a precedent of the desires of the Moroccan people whom he called “fair, conscious and capable of progress.” 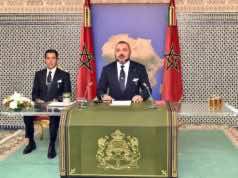 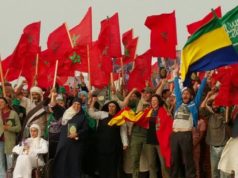 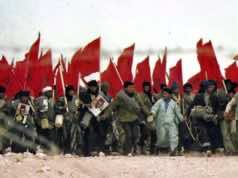 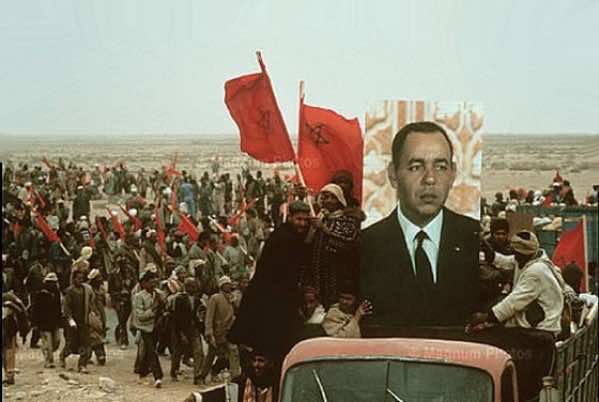 Moroccans to Fly National Flag on Buildings for Green March