Taroudant - Schools in Alsace-Moselle, a region in the eastern part of France, will reportedly introduce Islam as an option in theology class starting in the 2016 school year. 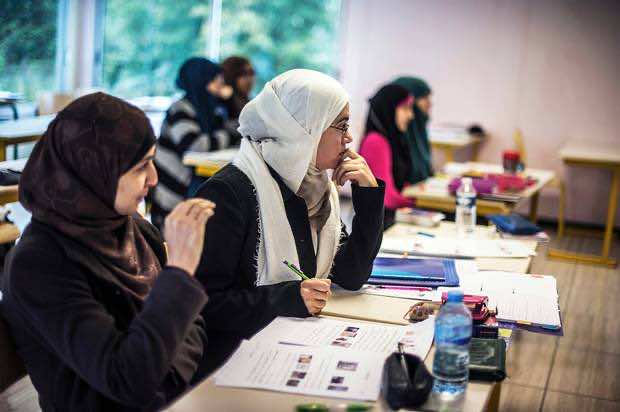 By
Larbi Arbaoui
-
Larbi is a freelance writer and assistant editor at Morocco World News.
Nov 4, 2015
Spread the love

Taroudant – Schools in Alsace-Moselle, a region in the eastern part of France, will reportedly introduce Islam as an option in theology class starting in the 2016 school year.

The French website Yabiladi cited Le Figaro as saying that Islam will be offered as an optional course in the schools of the Alsace-Moselle region for all students regardless of their religions.

“Catholic and Protestant religious authorities are currently working on writing a program that would be a cultural and religious awakening in all the major monotheistic religions, and for students who wish to take the course, irrespective of their religion,” the same source said. A Muslim expert also seems to be involved in the preparation of this program for the Islamic component.

The same source said that the courses will start from the next school year in 2016 and will be offered initially to high schools, which have an important number of Muslim students.

The Islam lessons will be taught by trained imams who have honorable academic achievements.

The idea began after the deadly attacks in Paris last January. Following the attack, religious Catholics, Protestants and Jews of Alsace-Moselle decided to mobilize in order to integrate the teaching of Islam in schools in accordance with the Concordat of 1801, which recognizes and organizes Catholic, Protestant Lutheran, reformed and Jewish.

This initiative is strongly encouraged by the authorities as well as by the Muslim community.