Rabat - Three Moroccans accused of having pledged allegiance to the Islamic State (ISIS) have been arrested in Madrid. 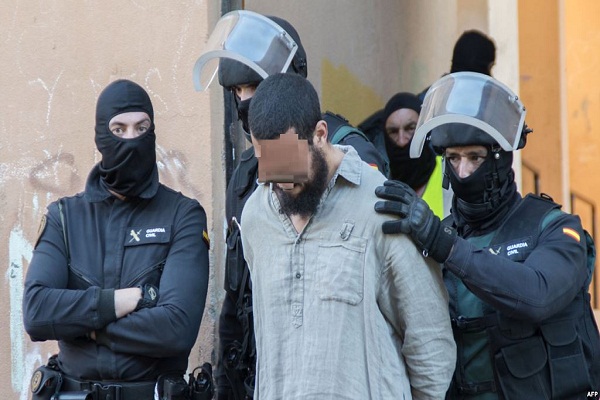 Rabat – Three Moroccans accused of having pledged allegiance to the Islamic State (ISIS) have been arrested in Madrid.

The men, who are aged between 26 and 29 years of age and have Spanish residency, allegedly were planning to commit terrorist attacks in Spain, according to Elpais.com.

The three Moroccans were arrested early this morning in two different districts in Madrid.

Unlike other Jihadists who have been arrested in Spain in the last few days, “these persons do not seek to indoctrinate, radicalize or recruit other persons to send them to Syria or Iraq to join ISIS, but their objective was to commit terrorist attacks on Spanish soil,” stated Minister of Interior Jorge Fernandez Diaz.

The group was well organized with a leader and two subordinates, all charged with plotting to commit terrorist attacks, including suicide attacks in Madrid. One of the members lived on the outskirts of Madrid where he worked in the black market and had access to various kinds of weapons, the police explained.

The operation is still ongoing, with searches being carried out at the homes of the three detainees, who are all aged around 25 and have been living in the Spanish capital for several years, according to radio network Cadena SER.

The Ministry has said that 131 people have left Spain to join the Islamic State group in recent years.