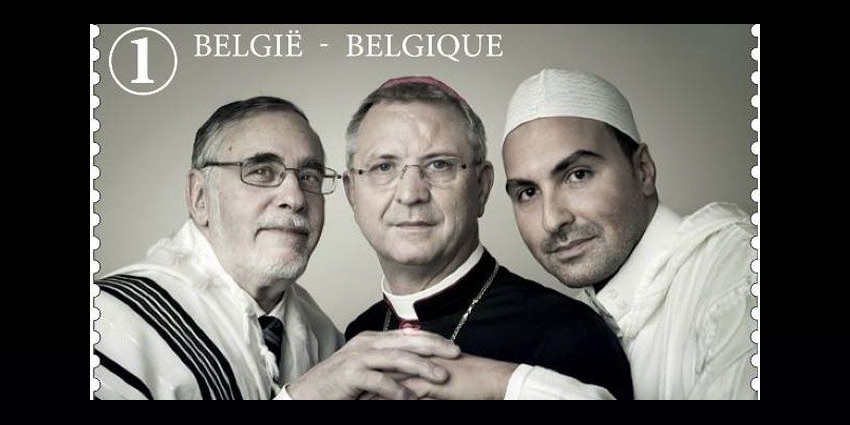 By
Larbi Arbaoui
-
Larbi is a freelance writer and assistant editor at Morocco World News.
Nov 5, 2015
Spread the love

Under the slogan, “Everybody equal, everybody different,” the stamp is intended to promote unity and tolerance.

The three faith leaders, who pose in the photo holding hands, are Khalid Benhaddou, a Moroccan imam of the Al-Fath Mosque, the largest mosque in Ghent; the Bishop of Antwerp, Johan Bonny; and Rabbi Guigui, who leads the congregation at the Great Synagogue of Europe in Brussels.

The religious leaders share the same opinion that a stamp, which is used widely among people, can be an effective means of promoting peace and tolerance.

“The stamp is meant to show that in Belgium, despite what is happening and what people hear in the news, there are good relations between the faiths. The photo shows us holding hands, united and working together,” said Guigui, who is 70 years old and has been chief rabbi of Belgium for the past 30 years.

Benhaddou is a contemporary voice in the Flemish Muslim world. Despite his young age, 27, he teaches Islam to his community and is president of the Association of Flemish imams.

Bpost announced that the stamp depicting the three clergymen, along with other postage stamps paying tribute to the 10 Belgian Nobel Prize winners and featuring the cartoon of the Adventures of Tintin, will be officially released on October 24, 2016.