Rabat - On the occasion of the 40th anniversary of the Green March, 70 Moroccan and international athletes, amateurs and professionals, will participate in the "Dakhla Saharian Ultimate Trail" from November 5 to 9, 2015. 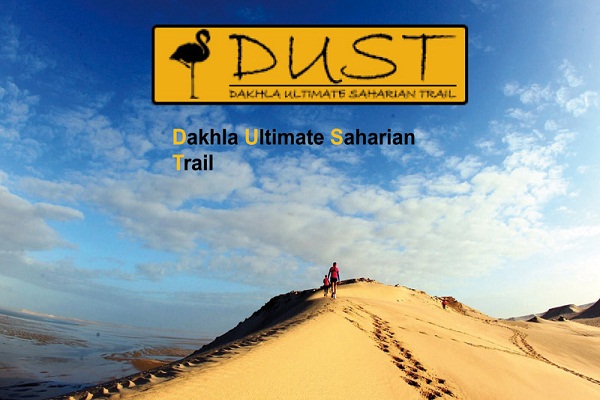 By
Larbi Arbaoui
-
Larbi is a freelance writer and assistant editor at Morocco World News.
Nov 6, 2015
Spread the love

Rabat – On the occasion of the 40th anniversary of the Green March, 70 Moroccan and international athletes, amateurs and professionals, will participate in the “Dakhla Saharian Ultimate Trail” from November 5 to 9, 2015.

Organized by the Dakhla Lagoon Association, in partnership with Ultimate Events and sponsored by the Royal Moroccan Federation of Sports for All, the three-day event is an invitation to live intense moments of athletic excitement.

Moroccan and international athletes are invited to bring their skills to the test and challenge the tough trail in a unique place where the desert and the sea meet.

Participants will cover the course in two paths of 30 and 50 kilometers each, between November 6 and 8 in the Moroccan desert, departing on November 6, from the center of Dakhla.

Following the success of the 2015 female competition “The SAHARIENNE”, organizers and their collaborators are now seeking to relive exceptional moments, through this mixed Ultimate Trail.

Dakhla is a city in southern Morocco, where the climate and geography make the peninsula a hub for ecological sports.

The desert city is a “successful tourist destination,” described by international media as “a paradise for surfers and a destination for lovers of the desert.”

Morocco’s King Mohammed VI is in a two-week visit to Laâyoune and Morocco’s southern provinces including Dakhla, Guelmim, and Tarfaya, where he is expected to announce the launch of a MAD 140 billion project for the region.