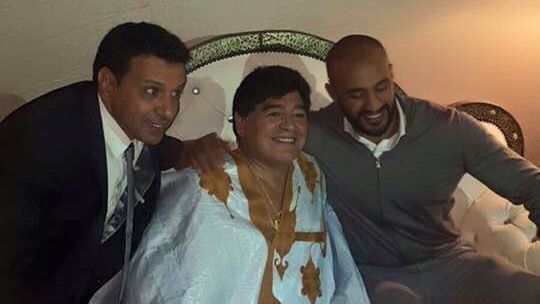 On the occasion of the 40th Anniversary of the Green March the football superstar participated in a gala match along with other international legends in a game of American-European vs African-Arab stars.

The legendary football gala match was an event for charity played in Laâyoune’s stadium in the presence of more than 25,000 Moroccans who took part in the celebrations of the 40th Anniversary of the Green March.