Rabat - The arrival of Argentine legend Diego Maradona to Laâyoune Hassan I Airport on Friday was a celebration in itself.  Videos and photos of the football superstar greeting the hundreds of fans who were awaiting his landing at the Saharan city as he exited the airport have made the news. 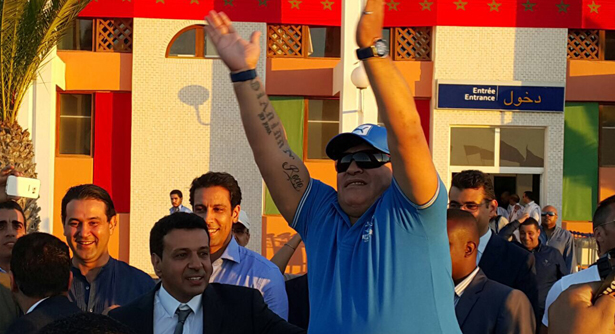 Rabat – The arrival of Argentine legend Diego Maradona to Laâyoune Hassan I Airport on Friday was a celebration in itself. 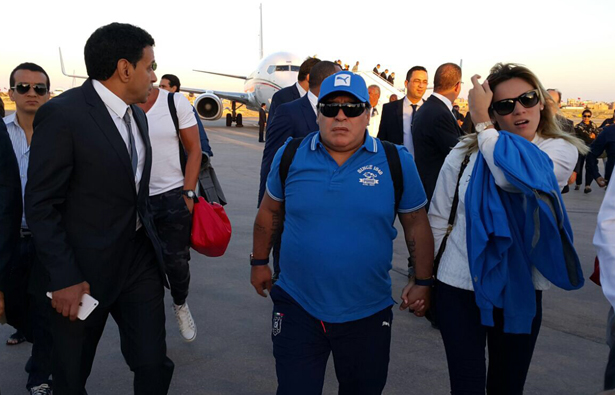 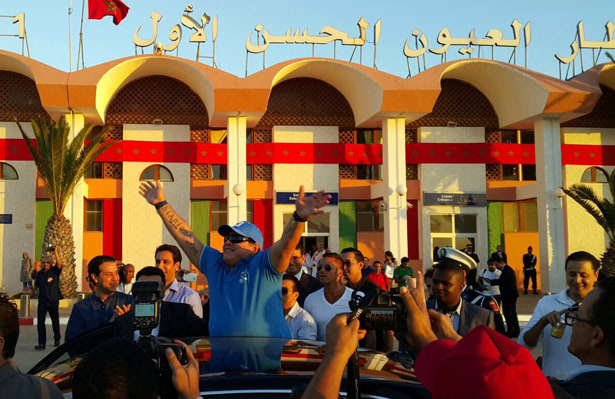 Videos and photos of the football superstar greeting the hundreds of fans who were awaiting his landing at the Saharan city as he exited the airport have made the news.

Wearing his customary casual sports attire with a ball cap and sunglasses, ‘El Pibe de Oro’ was all smiles as Moroccans welcomed him with of love and admiration.

Accompanied by his female partner while walking to the special car service that transported him and his people to their destination, the Argentine showed his appreciation for such Moroccan hospitality.

Maradona threw his hands up in the air, laughed, and gave thanks to the warm welcome of Moroccans who watched as the football star left the airport grounds while waving to the crowd aboard a convertible open-top vehicle.

Diego Maradona visited Marrakech and Laâyoune during his Moroccan weekend trip to celebrate the 40th Anniversary of Morocco’s Green March.

The 55-year-old star donated his time and skills to a gala match for charity accompanied by other international football legends in an emblematic game watched by more than 25,000 fans at the city’s stadium.