Laayoune - Images of the massive walkabout in which more than 30,000 Moroccans walked along side King Mohammed VI’s caravan in Laâyoune on Saturday evening have been going viral on social media.

Laayoune – Images of the massive walkabout in which more than 30,000 Moroccans walked along side King Mohammed VI’s caravan in Laâyoune on Saturday evening have been going viral on social media.

Moroccans in the southern provinces have demonstrated their admiration and respect for their beloved monarch in several ways over the last few days, as manifest in this public perambulation that stretched for some distance. 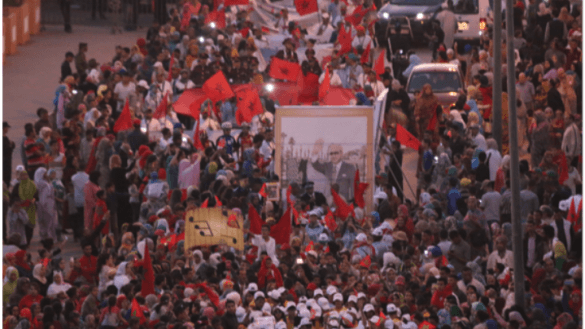 The images, which were posted by Le360 website, depict the King in his personal vehicle waving and smiling to the thousands of Moroccans parading along with him amidst chants, dances, and hails to the monarch.

The exceptional walkabout featured the colors of the Moroccan flag flying high, pictures of the King, and joyful Moroccans in darr3iya (Saharan typical dress) walking down the streets of Laâyoune. 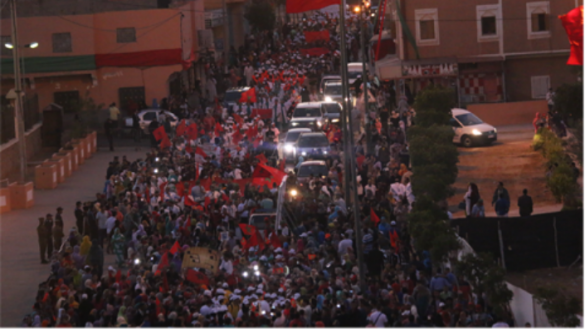 King Mohammed VI’s tour of Morocco’s southern provinces for the 40th Anniversary of the Green March has become one of the most influential and prominent visits of the monarch.

His royal address to the nation and the announcement of several projects and models of integrated development for the Sahara region have been welcomed by the Moroccan people.